Averell The Champion of Jenslu - Part 2

A gyrfalcon with silver and brown plumage gripped the thick branch, turning its’ head as it watched two men argue back and forth.
“Petr, I tell you this in confidence. Derek is going to get us all killed. We’ve made more than enough gold & silver to keep us comfortable in our old age. This should be our last trip. The rest of the crew agree. They elected me to speak with ye and plead their case. I know you to be a fair man, Razor. All we be askin’ is that ye go to Derek with our concerns. We pert near wrecked the ship this time. What goods’ a purse o’ money ifn we’re dead?” 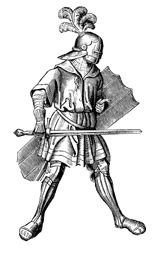