Witches and witchcraft in the Middle Ages


BEDEMIR:  How do you know she is a witch?


BEDEMIR:  But you are dressed as one.


BEDEMIR:  What makes you think she is a witch?

Part of Scene 5, Monty Python and the Holy Grail


Witch, wizard, sorcerer, or mage – the name is different but the general meaning is the same. A person can work spells by influencing the natural world, sometimes with the aid of physical objects, to inflict a change upon another person, object, or even the elements themselves. The witch may have different skills such as divination, herb-craft, make charms or talismans, and/or sell witchcraft-related items. Witches can be part of a group (commonly known as covens) or be single (referred to as solitary witches). 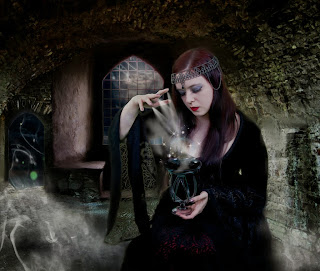 How long have witches been in our society? What did the medieval society really think about witches? I’ll attempt to give you a brief overview of the mystical, magical witch.


Different names referring to mage users actually aren’t as old as many folks believe. The Old English wicce became Wicca and later witch. The word ‘warlock’ originates from the Old English word ‘waer’, that means truth, and the word ‘leogan’, which means ‘to lie’. The two together first referred to an oath-breaker or traitor. Warlocks and witches were equally applied to male and females. It only changed to witches for female and warlocks for male in the modern age. The Middle English word ‘wis’ changed to wizard. Wis referred to a wise person, more along the lines of higher level magician but that slowly changed to a witch in the early 19th century. The Magician goes way back to the Greek ‘magos’ and the sorcerer comes from the French ‘sorcier’.

Before Christianity took a firm grip over the general populace people believed in multiple deities. Part of the reason for this was the lack of science and a want of faith. Many cultures had a religion based upon the Mother and her Consort. Asking for Divine assistance has always been a part of religion. In every society, certain people either have been appointed or self-designed themselves to be the voice to the God(s). The local leaders ran the religious feats, ceremonies, and intervened for sick & injured villagers. They made potions for people and animals. They sought answers for individuals and for the villages (divination). Blessings and curses were givens as needed, charms made, spells done, and rituals performed as necessary.
Spell-casting could be as easy or difficult as the purpose. Today people talk about white or black magic, but the reality is the influence of spells has to do the reason for the magic. Effects of spells can come back on the spell-caster, so any time negative energy is directed towards another person, one needs to be cautious. Any spell must be performed with caution, as the magic is potentially affecting the will of that person. This is one reason why witches were considered evil and under the influence of the Devil. Even a positive spell done without the subject's permission can be considered unethical.


All this changed after Christianity appeared, the Church knew it couldn’t completely wipe out local ceremonies and rituals – hence the ‘Easter bunnies’ and ‘Halloween’ fun of today. Some traditional just weren’t to be tolerated, however. The village wise women, the spell-casters, were gradually phased out as the Romans spread Christianity the faith through-out their conquered territories.


The most common form of witchcraft practiced was protection. Charms against the ‘evil-eye’ or demons, talismans for good health, tokens for good fortune, and of course, the charms to attract the object of one’s desire were popular. The average person couldn’t afford to see a physician, but the local ‘wise-woman’, who was usually an older woman, with knowledge in herbs was willing to mix a tonic. When the potion worked life was good but let the remedy fail and she could be accused of witchcraft.


Fortune-telling, or divination, wasn’t just done by gypsies. Most cultures have favorite method of forecasting future events. The Norse had the runes, the ancients used sticks, and others used scrying bowls. Runes are both divination tools and an ancient alphabet. The ‘stones’ could be made of wood, stone, bone, or gems. Anthropologists have found sticks with markings on them, most likely part of a shaman’s divination tool kit. A scrying bowl was commonly made of obsidian, the black surface allowed for more focus when the practitioner gazes in to the water held within.  Tarot cards in the right hands are eye-opening tools. Finally, the crystal ball takes a patient mind to bring out answers. 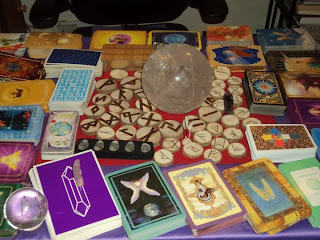 Jealous wives, husbands, or rivals might accuse one another of witchcraft, therefore freeing the desired significant other for marriage. Droughts, floods, fires, and other catastrophes were often scape-goated to an unfortunate widow or a person sitting on a valuable piece of property with the excuse of practicing witchcraft.


The Church went after anyone who was different, including the Cathars. Pope Innocent III was very concerned about the increased amount of heretics, and the Devil’s influence. Wasn’t the spread of witches orgies at night corrupting the average man? Something had to be done! The difference between Innocent and previous pope’s plans? Innocent’s words were distributed widely because Johannes Gutenberg had frequently invented a moveable type, which made printing of books or pamphlets more affordable. Accusations of witchcraft started to get out of hand. After he died, Pope Boniface VIII was put on trial for allegedly murder, sodomy, apostomy, and the conspiring with the Devil to plot the downfall of the people. King Phillip IV of France accused the entire Templar organization, arresting the leaders and eventually burning them at the stake. 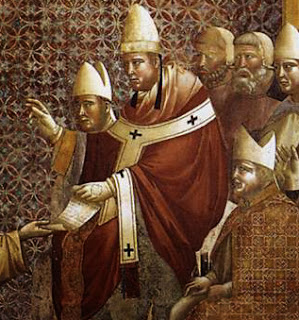 
A document published in 1486 called the Malleus Maleficarum turned Europe upside down. Two men in particular, Heinrich Kramer and Jakob Sprenger, wrote and published the book which included a papal bull issued by Innocent III. The book had sections on identifying witches, the danger of their actions, and the process for legally trying and convicting them. The two men even included methods of ‘testing’ a person to get him or her to confess to be a witch. The key word here was ‘test, or torture. 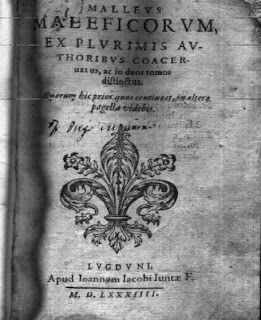 Spain began the Inquisition, its priests traveling through-out the land in search of witches. The hysteria spread to other countries, with reports Historians and theologians disagree on the total number of people killed, with numbers anywhere from 50,00 up to a couple of million. Either way, it is a tragedy that modern witches refer to as ‘The Burning Times’.


Once the Inquisitors started hunting heretics and witches, people were too scared to show any behavior remotely attached to witches. The art of herb craft was done in secret. Black cats were considered spawn of Satan. Rune stones, tarot cards, and scrying dishes were hidden away. Those who truly did practice spell craft did so at night, in backrooms of homes, or in hidden groves of forests.


Over the centuries, authors have made many claims of certain geographic regions being the ‘home’ to witchcraft. One such country is Italy. In 1899, American Charles Leland published Aradia, supposedly based upon ancient Italian witchcraft, focused on the Goddess Diana. In 1939, Dorothy Clutterbuck was said to initiate Charles Gardner to an ‘ancient’ form of witchcraft, although Gardner could never provide any proof Dorothy existed. The Gardnarian path of witchcraft did start a modern revival of the practice. Other famous witches include Sybil Leek, Laurie Cabot, Selana Fox, Silver Ravenwolf, Scott Cunningham, Stuart & Janet Farrar, and Starhawk.

There is a difference between a Wiccan and a witch. A Wiccan is a person, male or female, who practices an earth or pagan-based religion. A witch can practice any religion. Wiccans can be witches, but not all witches are Wiccans.

The History of Witchcraft: Sorcerers, Heretics, and Pagans

The Complete Idiot’s Guide to Wicca and Witchcraft


By Denise Zimmerman and Katherine A. Gleason

Stay safe out there.
Posted by Greycliffs Chronicles at Friday, November 15, 2013