Wow, I wish I could have been in London for the celebration. I've only been back to England once since we immigrated to the USA. My son and I spent a couple of weeks visiting family and playing tourists. We went to my birth town, where memories came to life. We had a week to ourselves, which we spent in London.

People were so friendly and warm. We watched the changing of the guard, standing on the metal gate of Buckingham Palace. We toured the Tower of London, where we gazed speechless at the beauty of the Crown Jewels. I was brought to tears at the spectacle of Westminster Abbey. No photograph can do that majestic cathedral any justice. Wandering through the gorgeous halls, thinking about the many people who have also trod upon the famous floor, especially those of whom I admire, was overwhelming. The beautiful architecture, the stained glass...I've never seen another place like it. 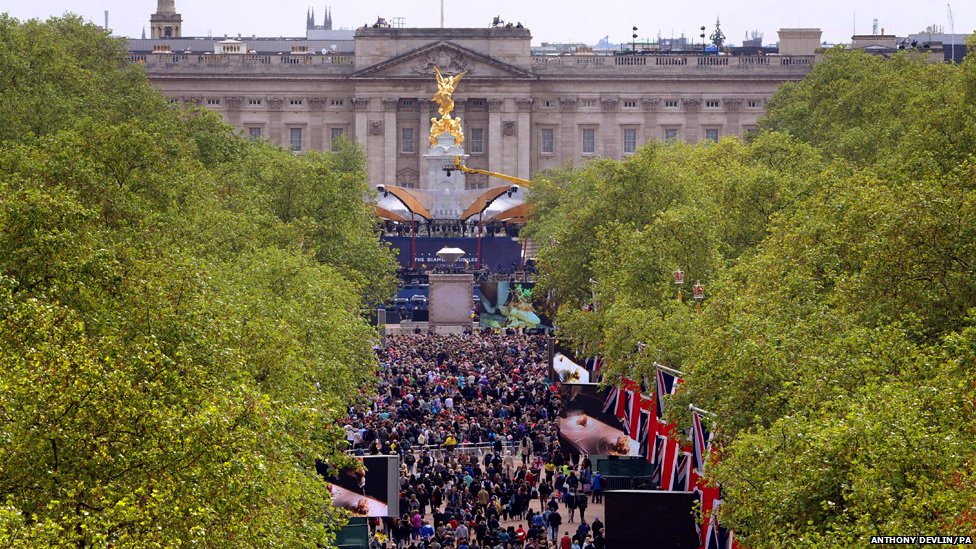 The day before, the flotilla on the River Thames attracted over a million people. The Royal Navy gave the Queen a salute as her Barge Gloriana floated by. 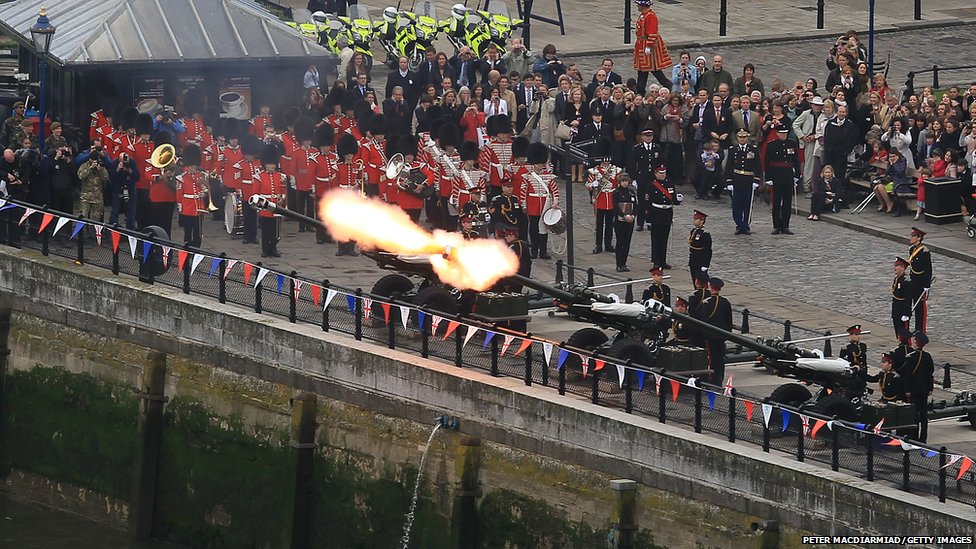 The pageantry of the Diamond Jubilee is awesome. The Queen is the constitutional Monarch of 16 countries, Head of State of the 54 Commonwealth Nations, and Queen Regnant of seven independent Commonwealth realms. That's makes her the the top of the food chain (so to speak) of 77 countries. That's a big slice of the global pie. 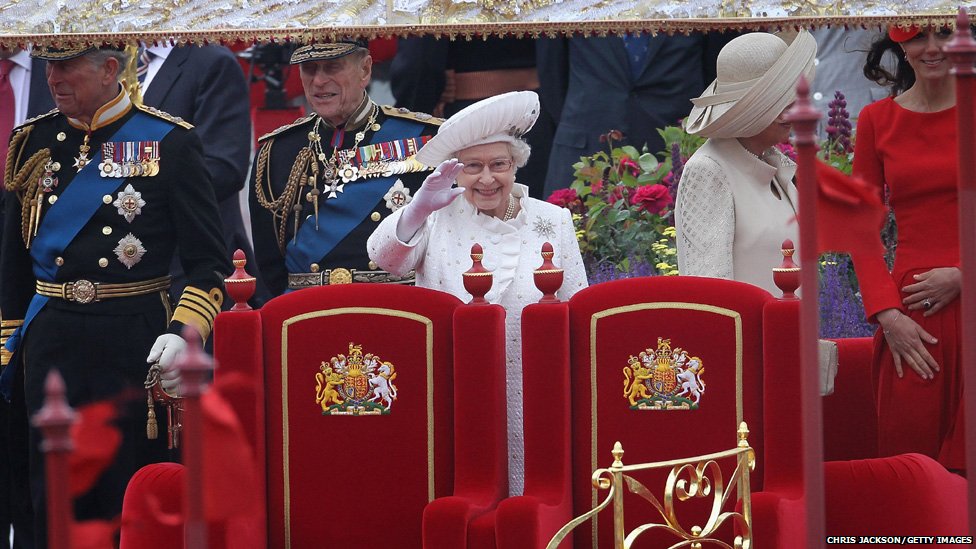 Who can't love that smile? She had a great time, and the cheers never stopped. When the bad played 'God Save the Queen' I think everyone was singing along. I know I was tearing up with emotion.