What was that beast I just saw? The strange creatures of Thaelia's World

Thaelia's World is not unlike our own in most respects when it comes to the flora with a few exceptions. Magical creatures do exist. Dragons, gryphons, unicorns, werefolk, shifters, and the fae roam the land although in recent times all but the Fae have moved to remote areas. Of the ‘plain’ animals, Thaelia did create animals unique to her world. When Gaelynn finds the Grimoire, she reads about these animals and sees many of them during her travel with Braeden from the desert Firelands in Livanya to the island of Greycliff.


The first of these animals is the Silverback Whale. This is a baleen whale, which has a grayish body with blush and white vertical striations and a white belly. The males can grow up to 130 feet long and females to 100 feet. They prefer open waters but juveniles will be seen cavorting in protected harbors. 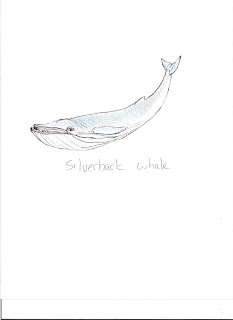 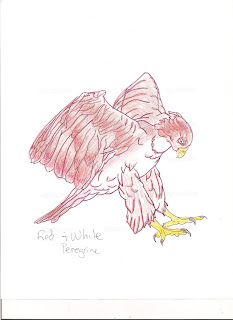 The Blue Eagle is a large raptor, noted for is bluish-gray neck, wings, and tail feathers with a white body & head. The beak is yellow and the claws are grey. The possession of this hunter is restricted to Royalty. These raptors can take prey as big as lambs. 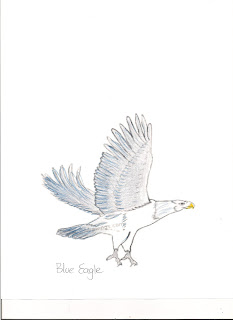 A Forest Cat resembles a lynx with its tufted ears. It is a light brown in color, with a reddish hue on its face and belly.  The predator has a medium-length tail which is feathered at the end and dark brown or grey body spots. The Forest Cat is found deep in the forests. Its pelt is highly prized for robes, but it is difficult to find, even by the best trappers. 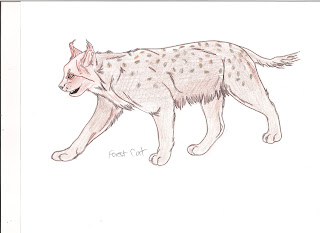 A Black-Eared Jackal inhabits most of the Thaelia’s World deserts, where it comes out at night seeking prey. The wild canine has a black dorsal stripe, black ears, a black tipped tail, have ten black stripes between its eyes, black-lined lips, and black spots on its hindquarters. The beast also has dark grey or black striping above its belly. Black-Eared Jackals prey on small mammals or scavenge carcasses. 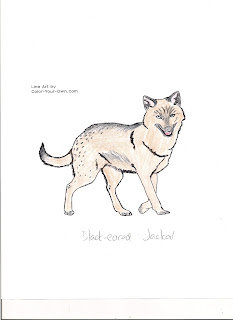 Well known for being the best tasting game bird, the Golden Pheasant has a golden body, a partial brown head, a brown ring around its neck, brown & white striped wing feathers, and brown & white tail feathers. Its legs are brown. 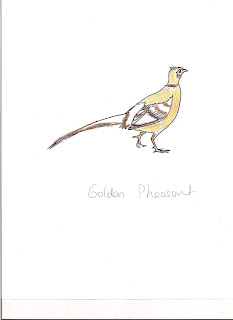 The Luqua is a wild horse, found in plains areas through-out Thaelia’s World. Luqua are only tamable if caught as weaned foals. Luqua come in three color coat varieties: grey with white stripes, white with chestnut stripes, and buckskin with white stripes. 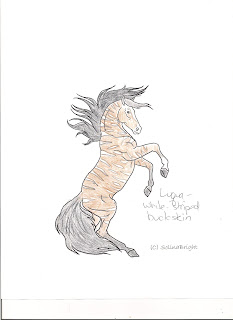 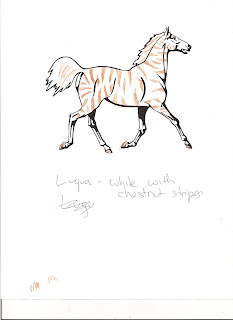 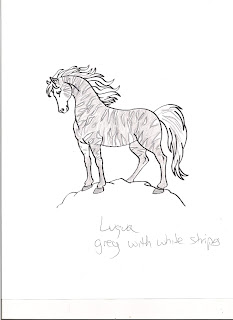 I hope you enjoyed learning about the animals of Thaelia’s world.

Stay safe out there.
Posted by Greycliffs Chronicles at Saturday, January 19, 2013