Animals Famous and Infamous You May Not Know

Throughout history, animals have been treasured by people. Who doesn't get teary-eyed at the story of Bambi or Old Yeller? As much as we love the fictional stories, there are many true historical four-legged critters. Read about the animals who befriended some historical figures from around the world. 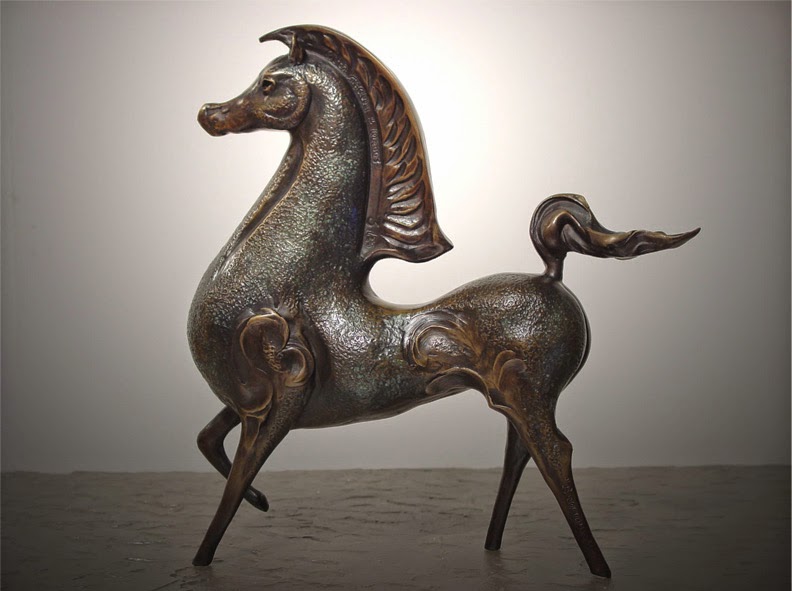 The story goes that the boy Prince, Alexander of Macedonia was wit his father when horse traders brought livestock for King Phillip to see. One of the horses was a fantastic black stallion. No one could handle the horse and it injured several people. Phillip told the merchants to destroy the dangerous animal. Young Alexander spoke out, bragging that he could ride the horse. The Prince had seen how shadows bothered the horse so he turned the stallion around and leaped aboard. From that day froward, Bucephalus was Alexander’s primary warhorse. It was said Bucephalus was fearless. The stallion was killed during the Battle of the Hydaspes. A grief-stricken Alexander named Bucephalus after his beloved mount. 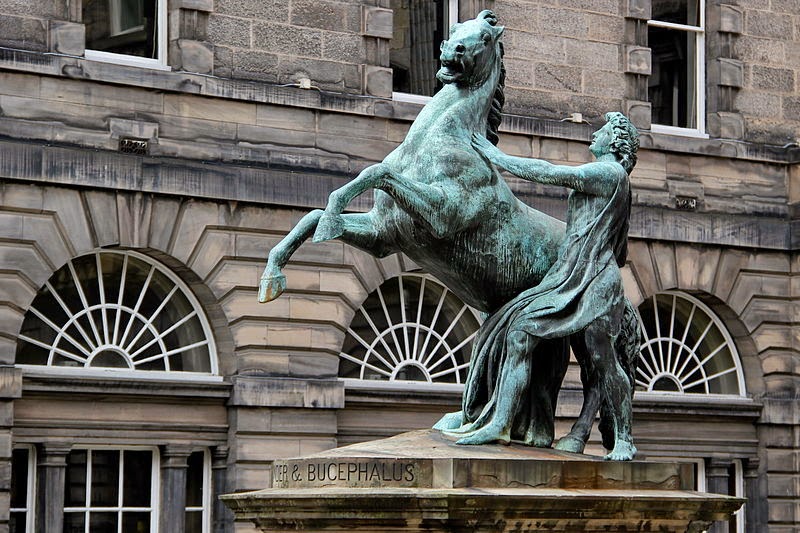 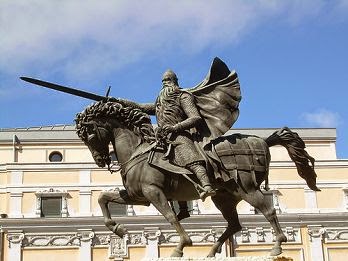 Was the mount of Rodrigo Diaz De Bivar, otherwise known as ‘El Cid’. two versions tell how El Cid acquired his warhorse. The first was by selecting the colt when it was a sickly-looking young horse. To this, Rodrigo’s godfather was said to exclaim, “Babieca!” which meant ‘stupid’. The other tale says that Babieca was a gift from King Sancho. Regardless of how Rodrigo obtained the horse, they made a very good pair. After Rodrigo was killed at the Battle of Consuega battle, his men wished to scare the opposition. They tied the body of El Cid to Babieca’s back so the horse could lead the soldiers. They won the battle but lost the war.
Incitatus

The Roman Emperor, Caligula, was crazy. Perhaps his one redeeming factor was his love of horses. He declared his favorite horse, Incitatus, would be housed in a stall of marble. Gold and jewels hung from the neck of Incitatus. The horse was brought inside the palace for banquets and fed food mixed with gold leaf and wine. This, as expected, led to a fatal bout of colic. The Emperor stepped over the line when he made Incitatus a Senator.

Who knows why Napoleon chose a grey Arabian stallion as his favorite mount. Perhaps it was due tot he size of Marengo? After Napoleon was captured, Marengo was taken away form him. The stallion outlived Napoleon by eight years. 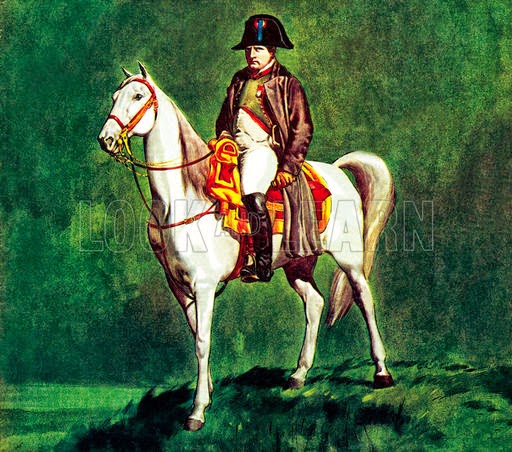 The favorite dog of Alexander, Peritas was either a Molossian or Greyhound. The brave canine was the King’s companion since he was a boy and was known to be exceptionally brave. Stories tell of Peritas attacking an elephant in one battle. The dog saved his master’s life after Alexander had become wounded. The dog kept the men at bay allowing Alexander’s soldiers to come to his aid. Alas, Peritas was fatally wounded and died in his master’s arms. As he did for Bucephalus, the King named a city for his dog. 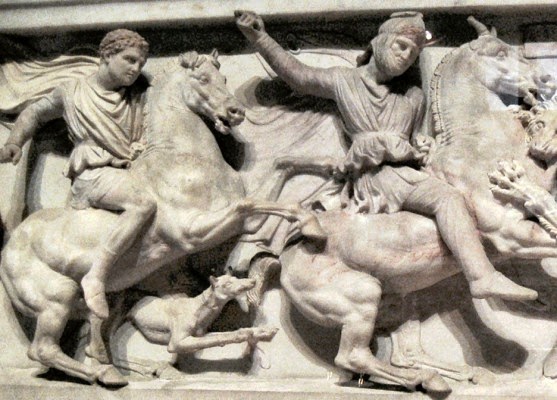 A white elephant named Hanno was Pope Leo X's favorite pet. As much as Pope Leo loved his pachyderm, he had not idea how to properly care for Hanno. The elephant died at six years of age after a remedy for constipation made the beast ever sicker. Leo penned the epitaph and even commissioned a fresco painting by Raphael.

Phoebe was the pet of Nero, a famous Roman Emperor. Unlike other famous figures who doted on cats, dogs, or horses, Phoebe was a tiger. The Emperor first saw the big cat when she was fighting in the Coliseum. He gave the tiger a thumbs up and spared Phoebe’s life. The tiger was kept in a golden cage and even attended banquets.

Slayer of His Foes

Another large cat, a lion, was the beloved companion of an Egyptian Pharaoh. Ramses brought his lion, whose name roughly translated to ‘slayer of his foes’ with him during the Battle of Kadesh. Reliefs show the lion running alongside Ramses’ chariot. Slayer of His Foes didn’t abandon the fight even when some of the Egyptian soldiers panicked and ran off. Those men were beheaded for their cowardice.

Of the Kathiawari breed, Chetak was the warhorse of Maharajah Pratap (India). Pratap rode his favorite horse in the Battle of Haldighati in 1576. Alas, Chetak was killed during the action. Afterwards, Chetak was memorialized in songs as the Blue Horse: supposedly his coat had a bluish tinge. Maharajah (Rana) Pratap was then referred to as the Rider of the Blue horse. 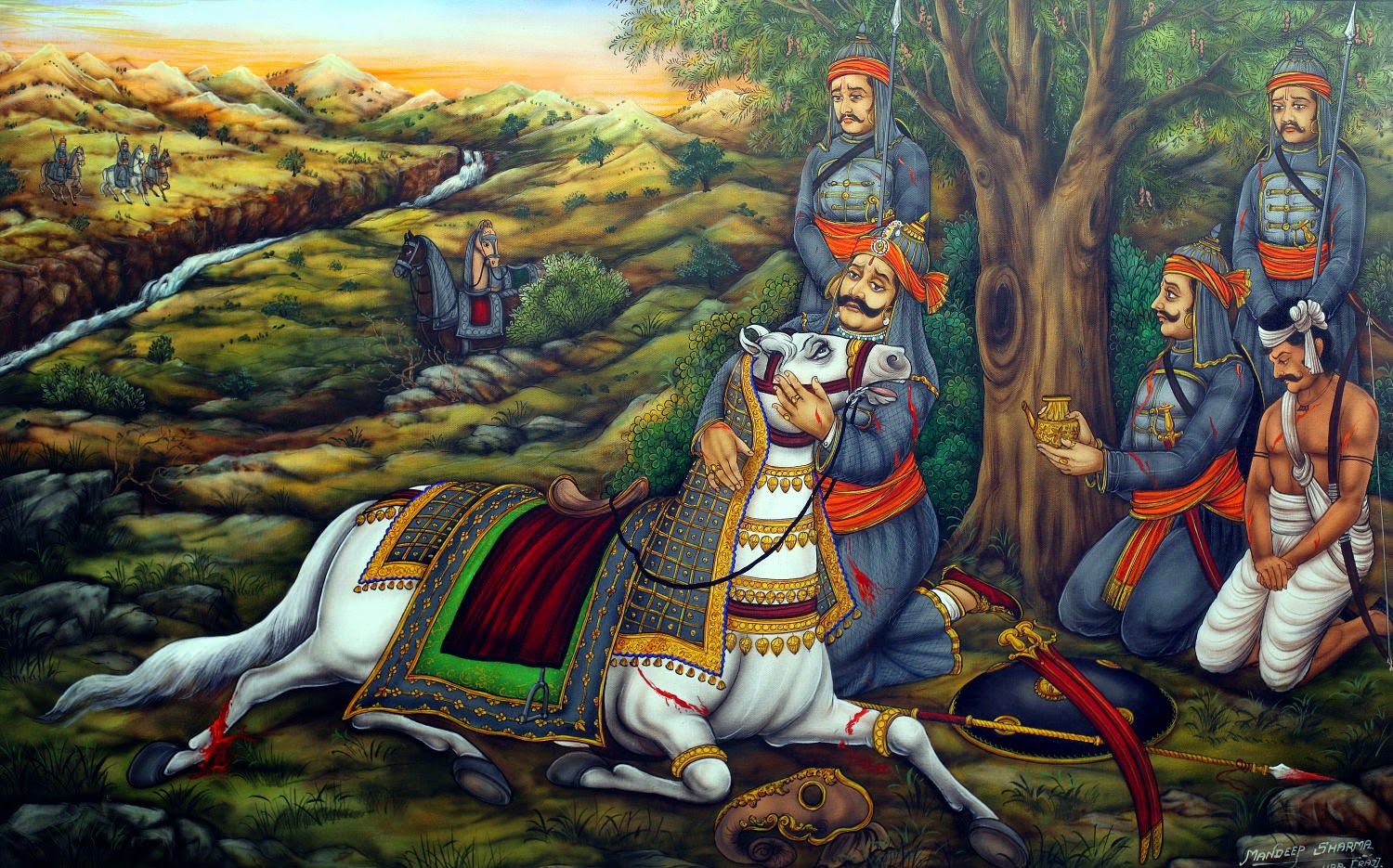 Dilu was a favorite mount of Liu Bei, the founding emperor of Shu Han (China). The Emperor Liu Bei’s exploits were written of in the ‘Romance of the Three Kingdoms”. Dilu had facial markings (white spots under his eyes) which scared the Emperor’s oppositions. The horse was supposed to bewitch his enemies. Liu Bei was said to be a good ruler who had a knack for choosing good advisers.

Red Hare was a bright red chestnut Ferghana warhorse. The Ferghana horses were said to ‘bleed’ red (sweated blood). Red Hare belonged to Guan Yu by Lu Bu. Guan loved riding his ferocious horse in battles. After Guan was killed the horse became depressed. It refused to eat and died. 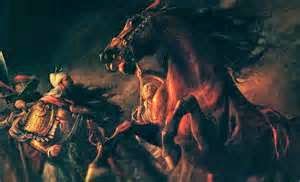 The personal mount of Cao Cao, Shadowless was the fastest horse in the kingdom. It was written that Shadowless was so fast he outran his shadow. After Cao Cao rode in to an ambush enroute to attacking Zhang Xiu, Shadowless carried off his rider. During the escape, the horse was hit with multiple arrows but he kept on running. Shadowless was eventually felled when he was struck with an arrow to the eye.

A courageous warhorse, Streiff was the mount of Gustavus Adolphus. He displayed extreme valor in the Battle of Lutzen in 1632. After the horse died, Gustavus had Streiff’s hide mounted. It is still in the exhibits at the Royal Armoury in Stockholm. 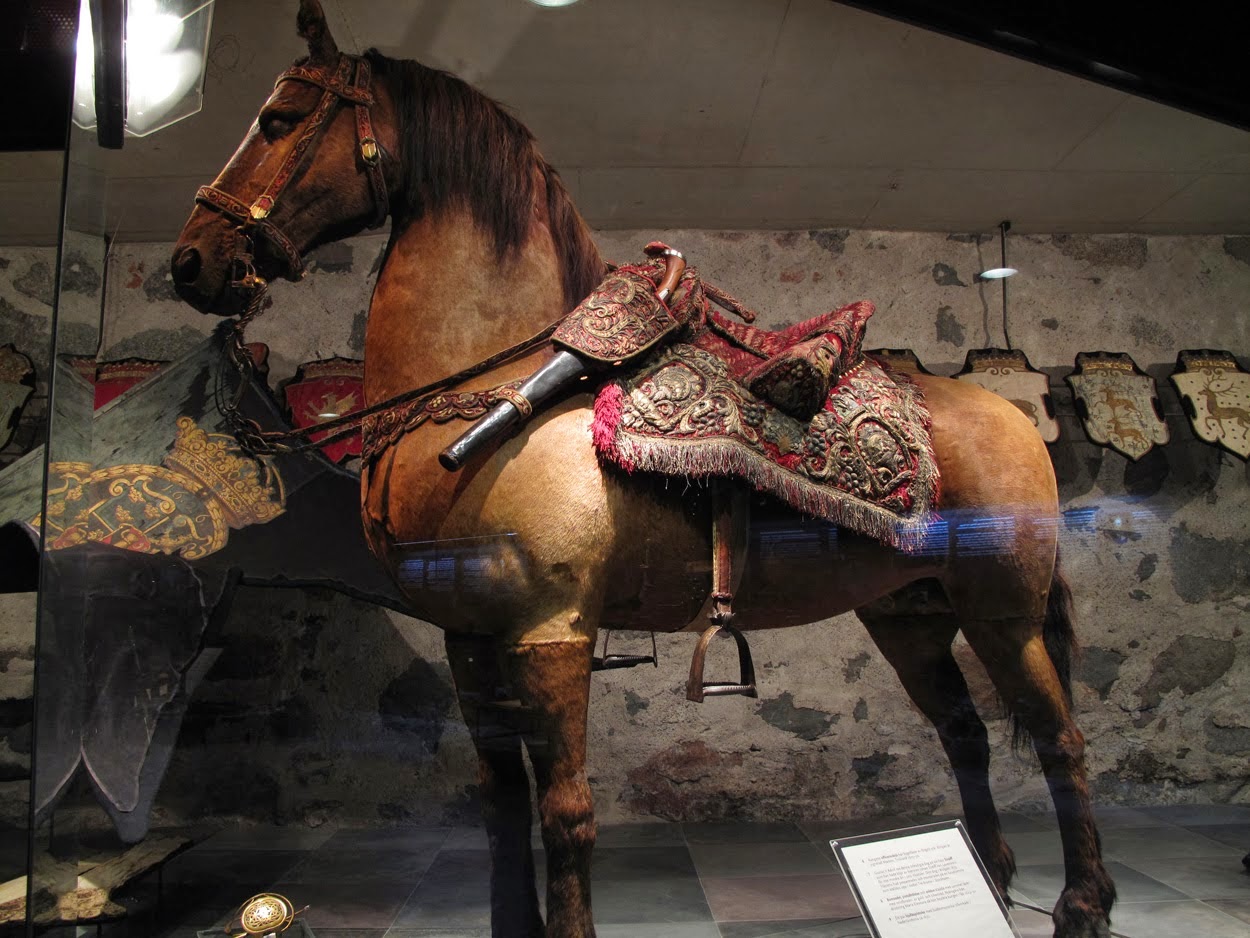 King Charlemagne had his favorite among his royal steeds. Tencendur served the King faithfully and is shown on bas-reliefs. One of Charlemagne’s men, the famous knight, Roland, has his own preferred horse. Veillantif was with Roland when he was killed in battle.

I hope you enjoyed thsi brief look at famous animals. Stay safe out there!