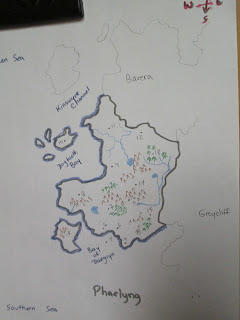 On the southern border of Greycliff is the country of Phaelyng. This small nation is chock full of fierce warriors, rocky mountains, and lush forests. The land is larger than modern day Wales. When Gaelynn arrived in Greycliff, King Domhnall sat on the throne. He oversees a loose group of Princes and nobles. The major trade goods produced include lumber and seafood. The royal standard is a white gryphon on a red field. 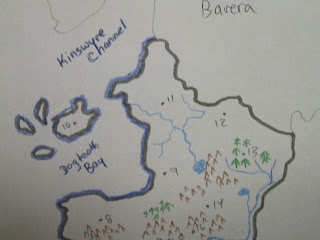 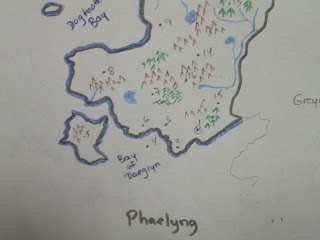 Some major cities and landmarks are as follows: