I'll have mine with cream: The origins of tea

I always start my day with a refreshing cuppa. For those of you non-British folks, that means a cup of tea. Now, I am an old-fashioned English gal and I prefer my black tea hot, with milk (cream) – no sugar. My mother didn’t let me have tea until I was a teenager. I felt ‘grown-up’ when I finally was allowed that first delicious cup. In the afternoons, I like to have a cup with a biscuit (cookies). My tea drinking is regular, regardless of the weather outside. 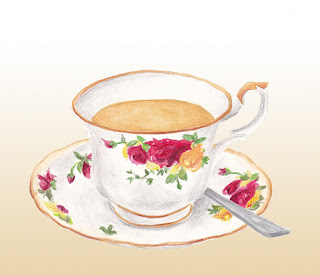 I think English people’s blood is part-tea. Tea and England are ingrained. One can hardly talk about one without the other.

What is the origin of tea and how did it arrive in the Western World?

Tea first made it’s presence in China. Now the saying ‘For all the tea in China’ makes sense, right? According to a legend, around 2737 BC, the emperor Shen Nung was enjoying an afternoon under a tree and asked a servant to get him a drink. The servant boiled water for the drink. During the process, some herbs were blown into the water from a tea tree.  The Emperor was an herbalist and decided to give the brew a try. He liked the drink so much, he had the servant gather more of the leaves and tea drinking was born.  Chinese tombs have been discovered with tea containers going back to the Han Dynasty (206 BC to 220 AD). 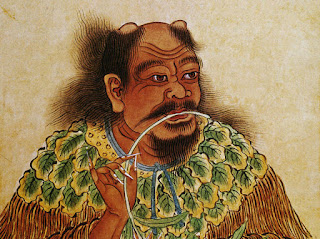 The Tang Dynasty (618-906 AD) made tea popular in China as a whole.  A Chinese man named Lu Yu wrote a book about the drink. Tea soon spread across Asia, helped by Buddhist Monks who brought the herb to Japan.  Embraced by the people, tea became part of the culture. 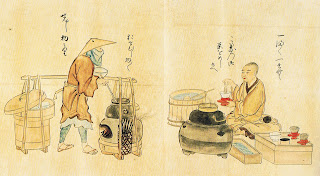 Western Europeans were slow to ‘discover’ tea. Portuguese traders brought tea back but it wasn’t a hit. Coffee was the major beverage of choice. Back then, water was contaminated in most metropolitan cities so people had to use other sources for liquids. Wines, ale, rum, and other liquors were consumed instead of water.  In the early 17th century, the Dutch started the first commercial importing of tea to Holland. The drink was accepted but the cost was high and only the wealthy could afford tea. The word of this ‘new’ drink spread to the main continent. It was only a matter of time before England adopted tea.

As for the tea, Queen Catherine of Braganza, wife of King Charles II fell in love with the drink.  Once the highest Lady of the realm was seen sipping a cuppa, the rank and file followed suit.  Still, the cost was and the drink difficult to obtain. Coffee Houses sold the ‘China Drink’ but was remained fashionable only to those in the highest circles.

Until the destruction of the Spanish Armanda, Portugal and Spain held a virtual monopoly on the East Indian Spice trade. After the fleet was destroyed, England and Holland took advantage and established shipping companies. The Governor and Company of Merchants of London Trading into the East Indies was established near the end of 1600 by a group of British merchants. They did change their name to the British East India Trading Company (verses the Dutch East India Trading Company). 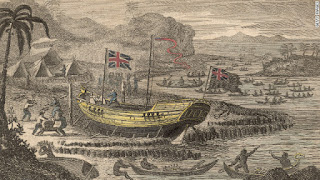 The company imported spices, silks, tea, and other exotic goods. Competition often led with conflict and so the East India Company had its own militia. It became an imperial power which eventually led to the British Government taking away the company’s monopoly on trade in 1813. I guess the power went to their heads. The East Indian Company shut down in 1873. 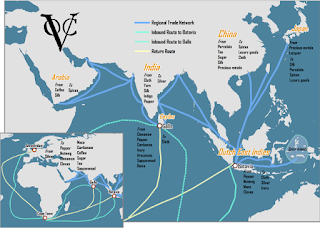 The change for tea drinkers came in the mid-19th century. Tea farms were established in India. This allowed England to control the tea industry. Instead of importing tea from China, tea in its various forms was now being grown under British control. This allowed England to fix the prices. Unfortunately, taxes on tea became too high and folks stopped drinking the product. Smugglers started bring it tea, adding everything from copper to sheep’s dung, to enhance the color and any type of leaf was included to increase the amount. It was a buyer’s beware when purchasing from smugglers! 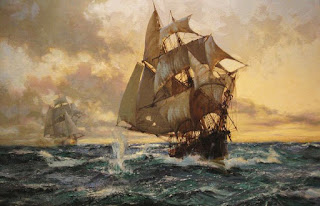 In 1784, Prime Minister, William Pitt the Younger slashed the tax rate (The Commutation Act of 1784) which put a stop to the underground tea market. In the early 1800’s, the 7th Duchess of Bedford decided an afternoon tea would be a perfect way to bridge the gap between meals. Her idea became the ‘high tea’ ritual it is today.

Sir Thomas Lipton started his company in 1871. Lipton, the son of a Glasgow grocer, was a self-made man. He had travelled to America where he worked in rice fields, a tobacco plantation, and a grocery store. He brought that knowledge back to Scotland and turned his know-how into a million dollar business. Lipton sold his tea in small, colored bags, eventually importing his product to the United States. The crafty Lipton bought tea farms in Ceylon to cut out the middleman. One of his hobbies was sailing. He never won the America’s Cup but he did win a consolation trophy engraved “The Best of All Losers”. When he died, he bequeathed the majority of his fortune to the City of Glasgow for the “sick and the poor”.

Thomas Twining came to London with his family in 1684. The Twinings are an old English family who were weavers.  The young man was apprenticed to a weaver and became a Freeman in 1701. Thomas saw potential in the tea trade while working for a merchant who handled various goods, including tea. He took a position in the East India Trading Company. This led to Thomas buying Tom’s Coffee House in London, on The Strand (a fashionable area). He started selling tea along with coffee. Twinings added more varieties of teas and more shops. He bought out the shops next to him and expanded his space. To this day, the tea shop is still open for business by the Twinings family.

So, there you have it: a brief history of tea.

For more information on tea, see: