Was there a great division in social class during the medieval period or is our interpretation of the “haves and have-nots” only a myth? First one needs to consider the time period in question. In my thinking, the time frame before and after the “Black Death” should be the real dividing line. 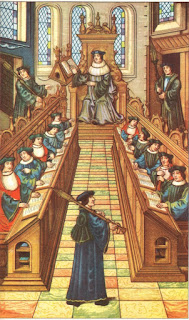 Before the contagion swept the country the laborer, whether farmer, rancher, or servant was tied to the land of his/her birth. People were born in a small village or township. There were some who travelled freely but most stayed put, only moving to the next village to marry or as part of an entourage when the lord required their presence for his purpose. The barons had control of their lands and the people born on them. Farmers kept their land but owed time, or goods, as their rent to their lord. The same was true for the villagers (bakers, weavers, and other professions). A few tradesmen, such as blacksmiths and masons wee valuable and had autonomy. Guilds spoke for and negotiated prices for trade goods. There was a recourse for problems for members of the Guild. At least the merchants, clergy, and nobles could afford to attend the universities. 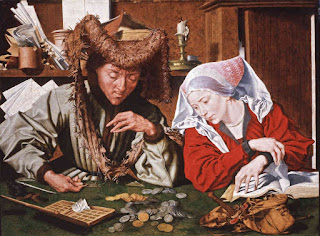 Church members had a standing of their own. Their ranking was determined by their individual faith. The average person revered the Church and in the Western World, the Catholic Church headed by the Pope was the main defender. It all depended upon the country as to the tolerance of other faiths: some were more lenient than others.  Along with the clergy came the militant orders linked to the Church: the most familiar being the Templars, Hospitallers, and the Teutonic Knights. Some orders roamed and attended t0 the people (the various "monks") while others started out as village priests with the Mother Church, hoping to one day become one of the upper members (Bishops, Cardinals, or The Pope, himself). 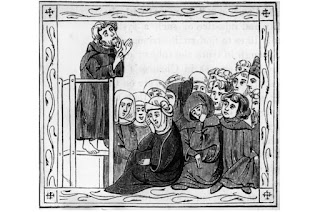 Originally knights were not the well-to-men known to us now. They were mounted soldiers. The Carolingians under Charles Martel began the practice of feudalism and with that, the practice of knights under oath to a lord instead of free men. The word “knight” originates from the Anglo-Saxon cnibt.  Even the Romans called their mounted cavalry equites. The first men to take the designator “knight” were simply armed horsemen. It was significant because horses and armor were expensive. Armor was often passed down from father to son. The Normans made the knight into a class of its own due to the sheer amount of training required. We must remember it was not mandatory for a young man to be born noble for a boy with aspirations of becoming a knight, but it certainly helped. Boys started out as pages, then progressed to squires, and if all went well, eventually became knighted. 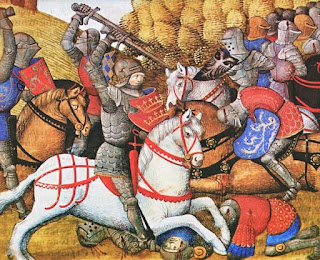 Royal and the nobility looked down at the common classes even as they knew their lifestyles depended on the labor of the men and women who toiled to serve them. IN some societies the servants were paid a stipend annually which might include clothing and some amount of coin. Others worked for “room and board”. Even though they were considered at the mercy of the lord, there were common laws to protect them against capitol crimes. The average resident of the villages and larger cities fared better. Most landholders (barons, etc.) held regular sessions in which they heard complaints from the local folk. Crimes against the Crown or Church were heard by the appropriate courts.

The game changer for the average man came around the mid 13th to 14th centuries in the form of a horrible flea-spread disease carried by rats. The vermin hitched rides on ships bound for Western Europe from the Middle East. 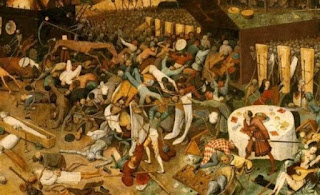 The Black Death (and the Bubonic Plague) were estimated to have killed a third of the population of Europe in the 13th and 14th centuries. Remember, most people back then didn’t understand the basics of communicable disease control.  Sanitation control was almost non-existent.  Houses in cities were built almost on top of each-other. Refused was thrown into the streets. When outbreaks occurred the well-to-do residents (nobility and wealthy merchants) could leave the crowded cities for the sanctuaries of the countryside, not that that would save them from exposure while the poor and working class live with the disease spreading. Children were left as orphans. During the worst of the breakouts, the dead would pile up in the streets waiting for the dead collectors. Bodies would be burned in piles or buried in mass graves.  In some cases, entire towns were wiped out. This devastated the food chain. The basic workers (farmers, laborers, servants, etc.) became in short supply. The old system of “serfs belonging to the land, which was owned by the barons changed. The working man was in demand and indeed he made changes. This was amplified with subsequent updates to the Magna Carta in England. 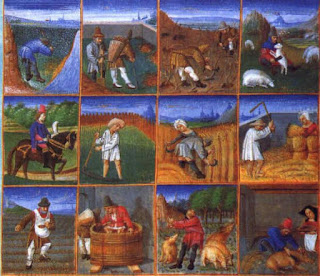 For further reading, see the below selected texts or check out your local library.

The Flowering of the Middle Ages

The Medieval World: An Illustrated Atlas

The Knight in History