"Your Majesty,there is no second." America's Cup

Yesterday USA Team Oracle made one of the most incredible come-back victories in international sports. Down eight to one to Emirates Team New Zealand on September 18th, the Americans knuckled down and managed to pull off a miracle, wining the 19th race to defend the oldest trophy, the America's Cup.

What is the America's Cup? Let's step back in history to 19th century England: Queen Victoria sits on the throne. Britain was the undisputed powerhouse on the ocean. The Brits didn't just rule through the Navy, they also raced for pleasure on yachts. In 1851, the upstart Americans, via the New York Yacht Club, were invited to participate in a sailing race. Queen Victoria's Royal Yacht was a competitor. The race was held in the southern coast of Britain, in the coastal waters between England and the Isle of Wight. The prize? The Royal Yacht Club's 100 Pound Cup.

Commodore John Cox Stevens captained the schooner, America, to a victory. He saluted the English Royal Yacht by dipping the ensign three times. The new design astonished the British sailors. It is said upon seeing the American ship pass her ship, Queen Victoria asked who was second. She was told, "Your Majesty, there is no second."

America never returned back to the USA, but the Cup did. John Stevens donated the trophy to the New York Yacht Club as a perpetual trophy. The trophy was renamed 'America's Cup' and an international series of sailing races developed, cumulating with two nations racing for the right to 'win' the trophy. 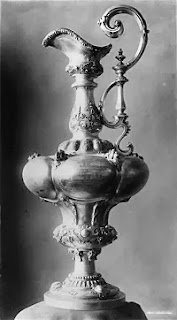 The America's Cup rules, known as the 'Deed of Right' have changed over the years. Any nation who wishes to challenge the current winner (known as a defender), must first meet the rules in place as to ship specifications. There are a series of matches to win, including the Louis Vuitton Cup. The America's Cup race series is a best of competition, with the venue chosen by the competitor. The time between each series has varied over the years since the first race.

This years race was between the New Zealand Team, sponsored by Emirates Air and USA's Oracle. Larry Ellison, the founder of Oracle Team USA was the designer of the AC72 Catamaran. Posted on the official America's Cup web site, an interview after the race, Larry said:

“This was the most magnificent spectacle on the water,” Ellison said. “These 40-plus knot catamarans are amazing. By going to catamarans we tried to make sailing a bit more extreme, friendlier for the viewing audience. A lot of people weren’t interested in sailing, and now they are.
“This regatta has changed sailing forever. More people watched the first race of this America’s Cup than all of the America’s Cups in history, so I think it’s a success,” Ellison said. “I think about this regatta and what it means to sailing,” said Ellison. “I think it was absolutely spectacular. If a bunch of kids are inspired to go sail, I’m a happy guy.”

The above photo is from MSNBC, from an AP story of the Oracle Team USA.

Yes, I hope so, too. Watching the event live on NBC Sports, I have to admit sailing was not the boring stuff I thought. Those catamarans flew across the San Francisco Bay. At one point, the New Zealand boat almost flipped over. If you have ever been on the Bay, whether it is on a ferry or another vessel, you know the water is cold and tides are unpredictable. One year, a couple of us went on a sail boat as part of a tall ship celebration, outside of the Golden Gate. On recommendation of Sam (hubby) I planned ahead and wore a Dramamine patch. I was one of a few passenger NOT seasick from the swells before we even hit the bridge. Once we passed under the Golden Gate, the sea became a little rough. I couldn't imagine sailing at 40 knots as those gentlemen were.

To watch the final race, click on the link below:

To go to the official America's Cup web site, where you can learn about the entire history, watch replays of all nineteen races, and see photographs and a lot more, click on the link below.