Tribute To A Best Friend
Sunlight streams through window pane
unto a spot on the floor....
then I remember,
it's where you used to lie,
but now you are no more.
Our feet walk down a hall of carpet,
and muted echoes sound....
then I remember,
It's where your paws would joyously abound.
A voice is heard along the road,
and up beyond the hill,
then I remember it can't be yours....
your golden voice is still.
But I'll take that vacant spot of floor
and empty muted hall
and lay them with the absent voice
and unused dish along the wall.
I'll wrap these treasured memorials
in a blanket of my love
and keep them for my best friend
until we meet above.
Author Unknown
On April 11, I lost my companion and friend, Moshuh of 13 1/2 years. Those readers of the blog may recall “Moshuh’s Adventures’. Moshuh and I explored the County parks in western Nevada, primarily Washoe and Carson City counties together. It allowed us to get outside and enjoy the beautiful weather while checking out the many dog-friendly areas available to Northern Nevada residents. I had to halt the trips when he just couldn’t handle the excursions. 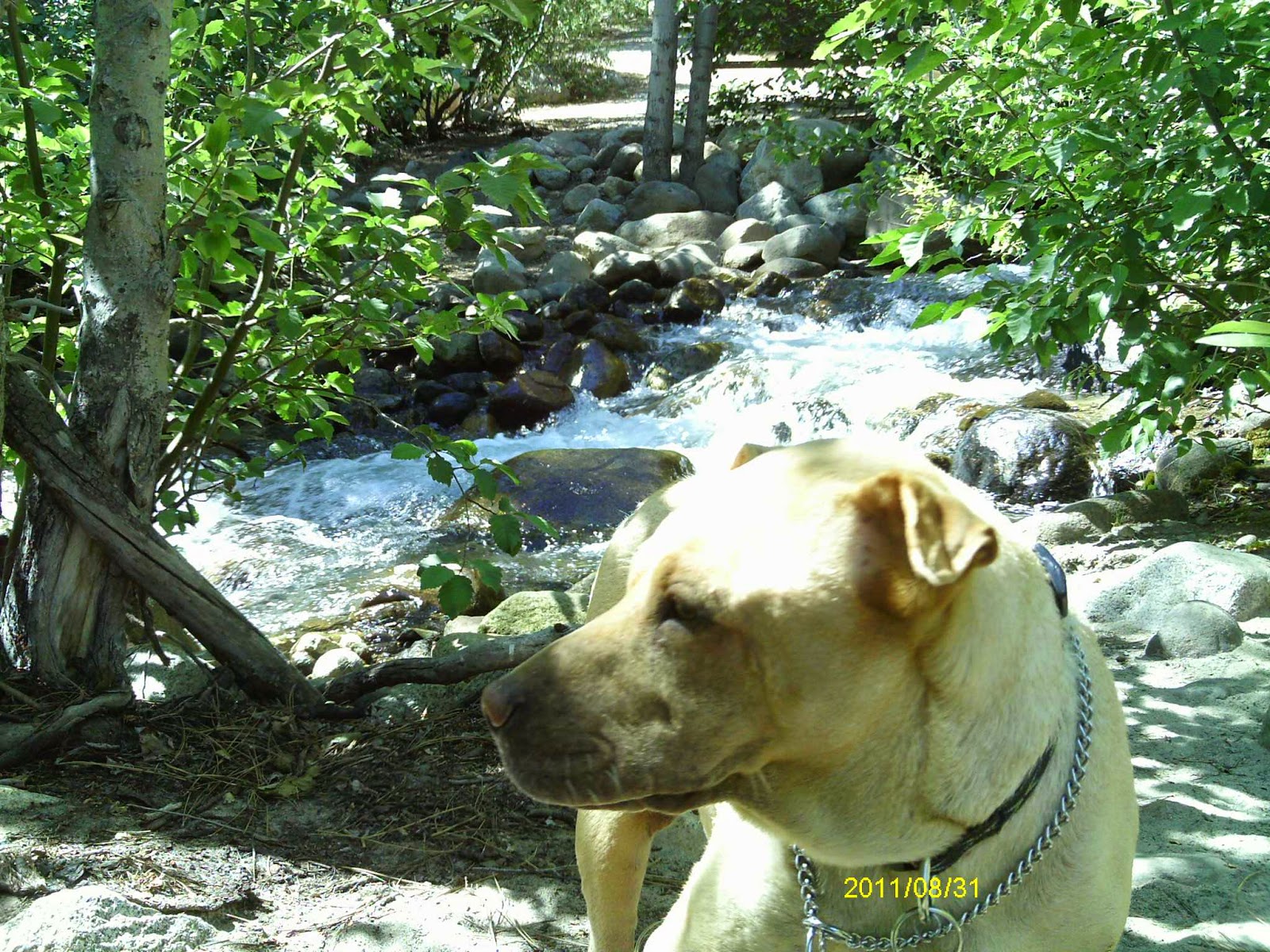 Moshuh was a miracle dog from the start. He, along with his mom and litter mates, had been discovered in a fenced-in field, abandoned by some heartless person. Who knows how long the female Chinese Shar-Pei had been in that field by herself: did she whelp the puppies there or had she and her babies been dumped as a family? 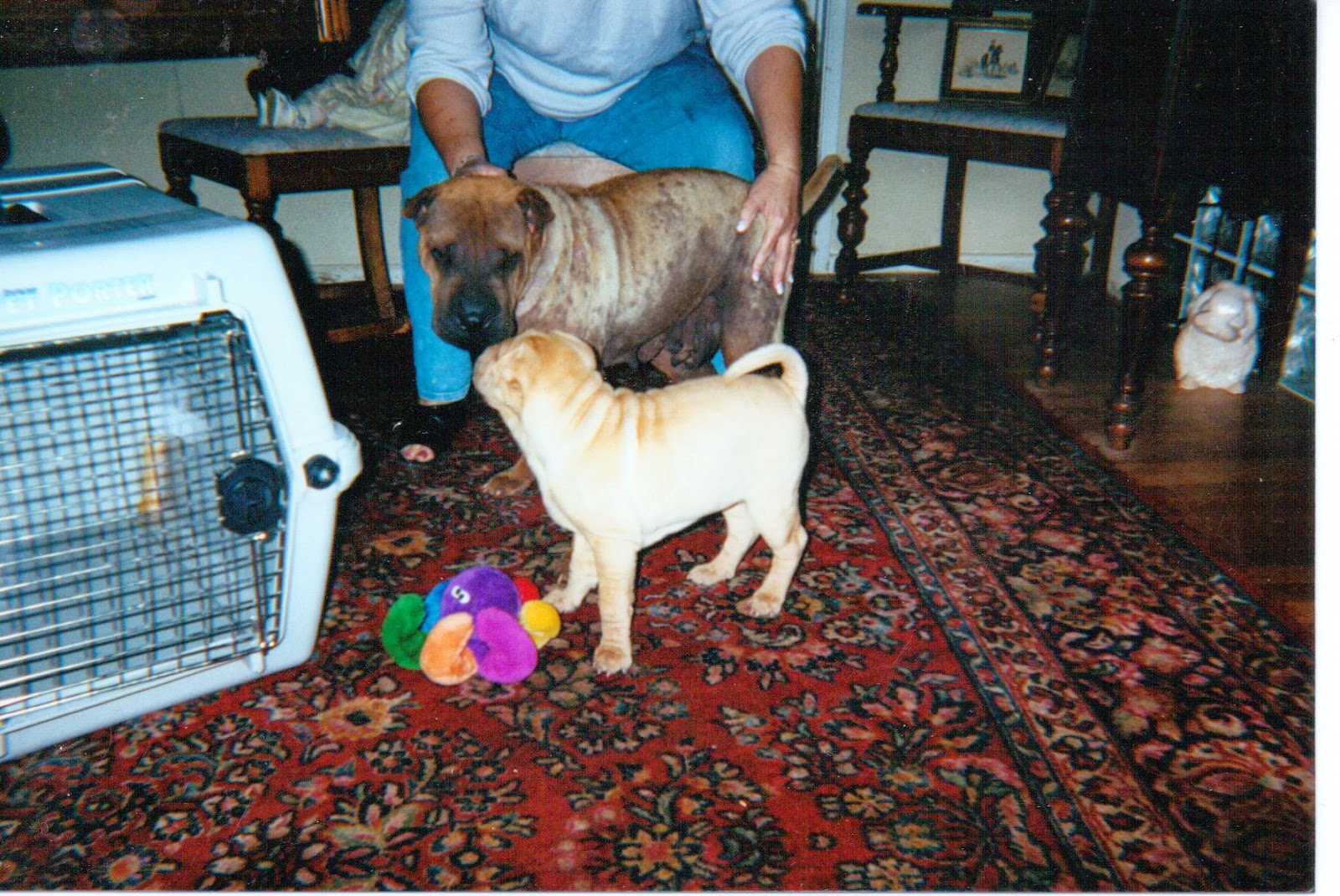 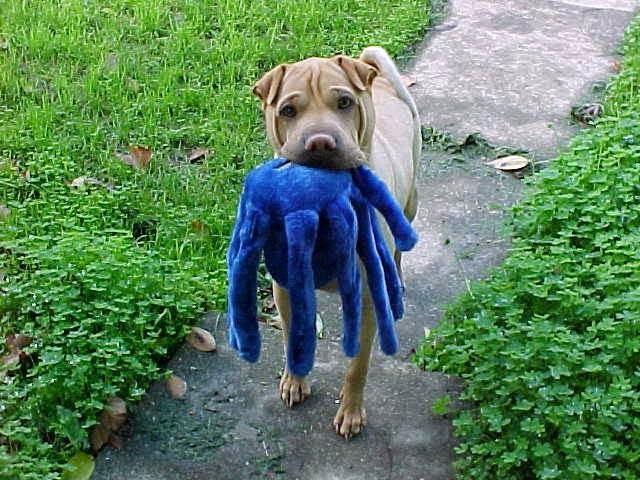 Moshuh was a bright star from the time we brought him home. We had recently lost our first CSP, Pu and were looking forward to bringing home another dog. Our cat, Jezzie, was mourning his pal. Moshuh and Jezzie bonded, with our cat taking the Alpha role. Moshuh loved his new home. The house in California had a large yard, with a grassy yard and a fish pond. When we moved to Las Vegas, the change was tough on both of the animals. The next move was well received, a home with a real yard again and four seasons instead of the Las Vegas heat. 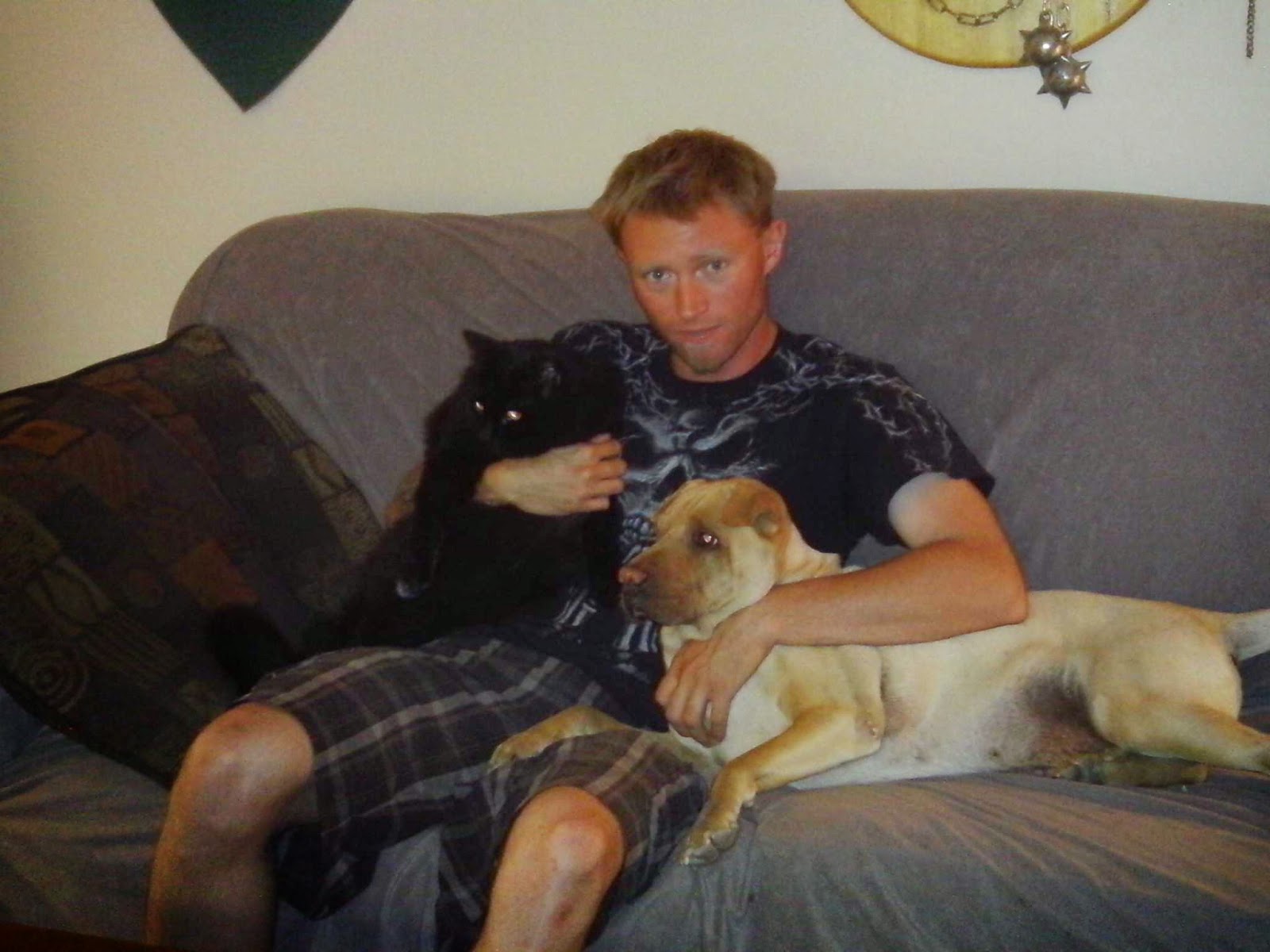 Where Pu was my husband’s dog in spirit, Moshuh was mine. He was ever at my side. Mo’s favorite activity was to go for rides. He also loved to get out for walks. Moshuh hated getting his paws wet and would walk around water but he did love playing in the snow. As a puppy and young dog, his preferred toy was a blue stuffed octopus but that changed to a lambs-wool tool as he became older. He did have one quirk: he hated stuffing in his toys. He would gnaw a hole in one end and pull out the innards and squeaker. Afterwards he’d carry the empty shell with him. In his older years, he grew to hate and eventually became afraid of the squeakers in the toys. Not sure why those things freaked him out. I guess we all have our phobias. 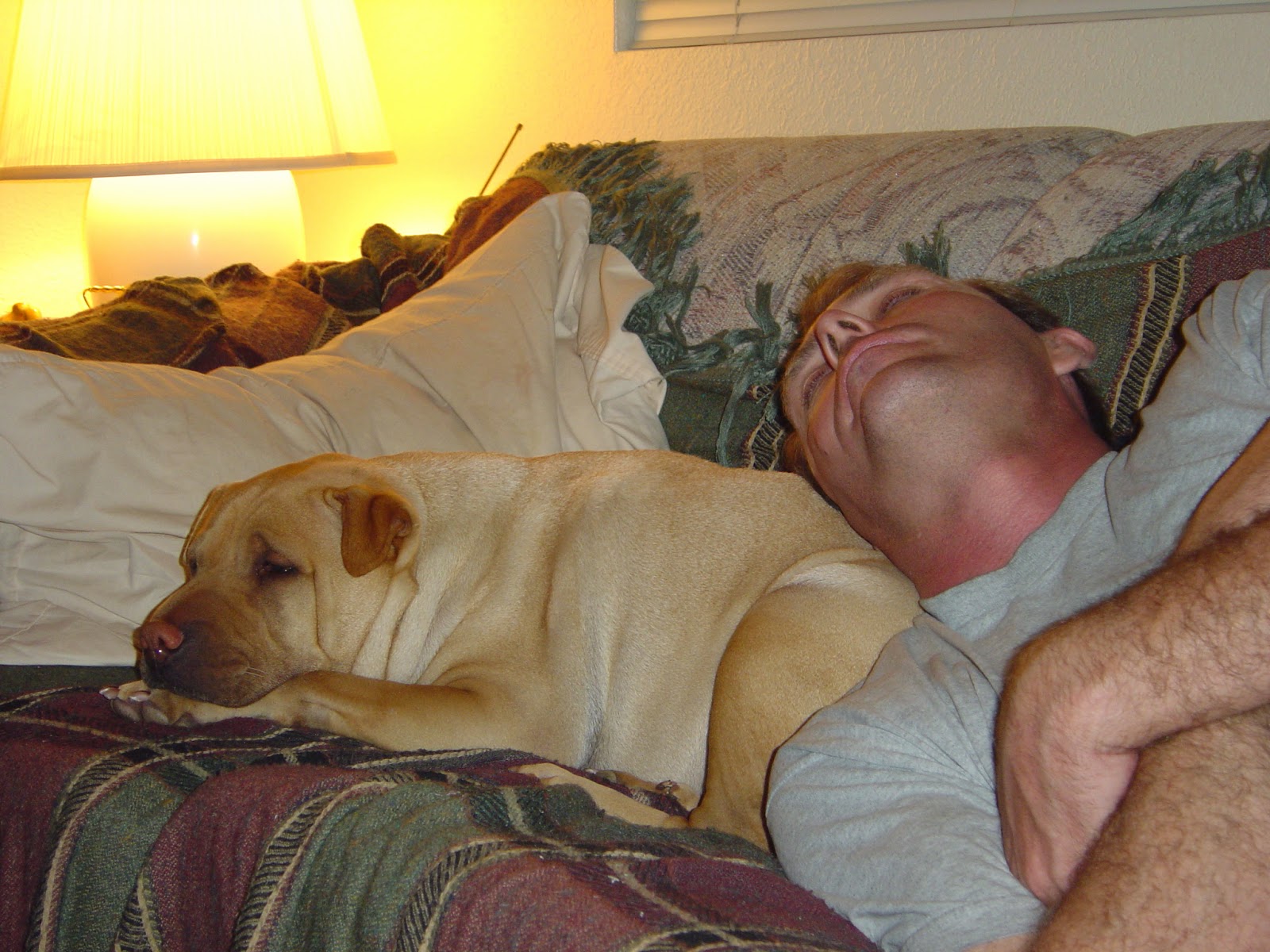 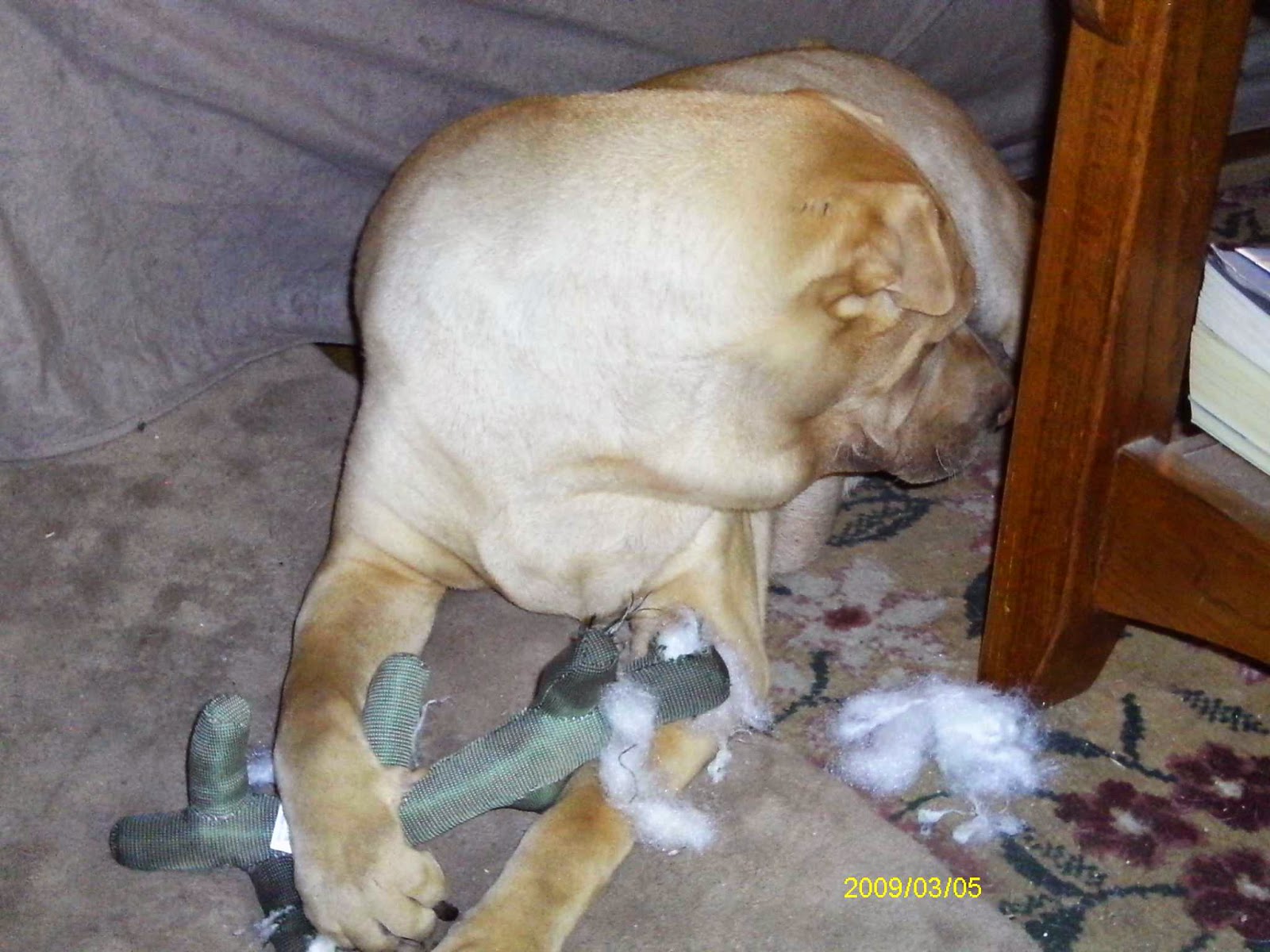 When his companion Jezzie left us after suffering a stroke, Mo mourned just as deeply as we did. The two had grown up together. Jezzie was only one when Pu died and Moshuh joined our household. Jezzie can Moshuh wrestled and chased each other. Jezzie was a big, tough cat weighing in at 20+ pounds. He was able to throw down Moshuh. They would curl up and sleep next to one another when we were at work. Now, Mo, Jezzie, and Pu are together and we’re pretty certain that cat is thinking “Darn it, now there’s two of these stupid dogs to deal with. Don’t worry guys, just follow my lead and everything will be good.” 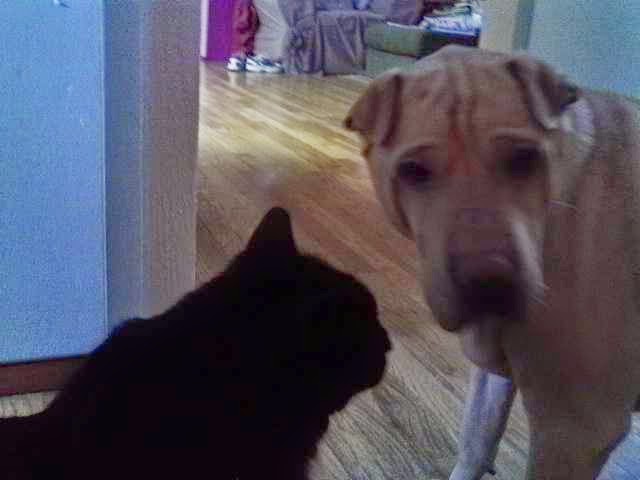 Mo loved to spend part of his day looking out of the window watching the neighborhood. In Las Vegas, he would sit on the chair so he could see. In Reno, he would sit in front of the screen door. If the weather was nice, we’d go out front. I never worried about him running off. He knew not to go past the driveway. 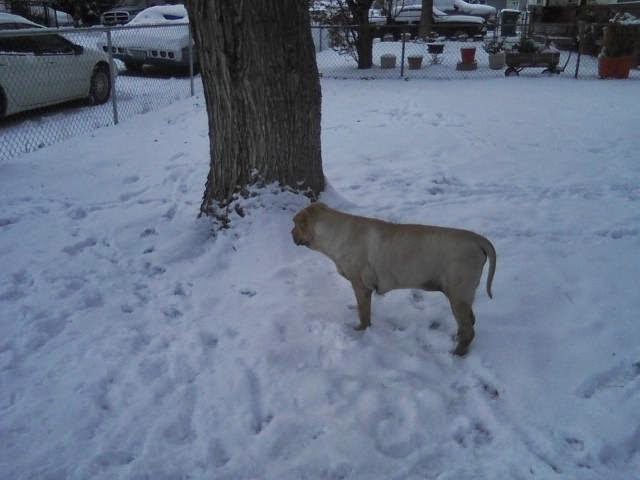 Once, when I was at work, there was an incident with a pit-bull. Jezzie was outside in the front yard (in Reno). Moshuh was lounging inside, watching through the screen door. A pit-bull wandered in the yard and attacked Jezzie. Mr. Kitty (his nickname) reared up on his hind legs and started throwing punches at the intruder, huffed up, hissing & growling. Our bad ass kitty then jumped on top of the pit-bull and rode him for a bit until he decided enough was enough. Jezzie ran for the birch tree in the yard and went up (about 15 feet high). At that point Moshuh wanted his turn at the dog. He ran at the pit-bull. The two went at it. I guess the poor pit-bull finally had enough. Bloodied and cowed, it turned tail and lit out of the yard, yipping with its tail between its legs. After my husband grabbed and checked Moshuh, he found our brave boy unhurt. He put Moshuh inside and went to get a ladder to retrieve Jezzie. Mr. Kitty was also injury-free. The tag-team had fought off and defended their territory. The pit-bull has never been seen since. Not bad for a pair of geriatric pals, both of which were in their teens at the time (Jezzie 12 and Moshuh 11).

Mo had a good last day. He patrolled the yard in the morning and later lay in the sun out in the front while I did a little weeding. I wanted him to have some good memories before the moment. He was relaxed on the ride to the vet’s office. I held him as the doc administered the meds, talking to him and giving him kisses. I miss my boy.

I slept in today. There wasn’t a furry nose nudging me to get up and fill a bowl or let him out. I can hardly see for the tears that keep spilling from my eyes. What do I do with his toys? I still have food left.  Do I keep or get rid of the dogg

ie bed? When should I get another dog? Do I want another Chinese Shar Pei? Can I handle going through the anguish of loosing another Pei to kidney failure?

Rest in Peace, buddy. I hope Pu and Jezzie are taking care of you.