From “The Rime of the Ancient Mariner” by Samuel Taylor Coleridge 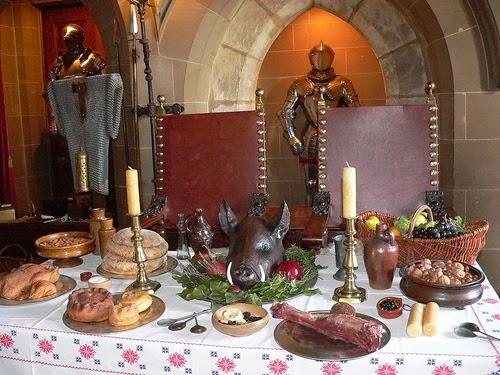 What did the average person drink verses the well-to-do in the Middle Ages? Liquid refreshments in the form of alcohol were easily obtained by the common folk. The fancier drinks cost money as many were imported from other regions, pricing some alcohols and non-alcoholic beverages out of the range of the average person. Ale, mead, and cider were the drinks of choice for the general populace while the wealthier included wine and some liquor in their diet. Because of a quality-control issue, water wasn’t known as a drink although it’s not to say that folks didn’t drink water.


Mead is a honey-based liquor and it could also have additives to change the flavor. A popular version was Hydromel, which is made from honey and water.

The difference in ale and beer (which was also available) has to do with the ingredients. Beer is derived from barley and hops. Ale is a fermented drink which can be based from other grains, but also from barley. The ale was often mixed with fruits or spices to improve the taste. Just as beer, ales can be light or dark. Beer was known to Charlemagne. 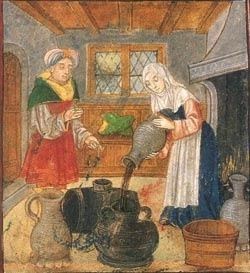 Cider is made from apples, and sometimes other fruits added for improved taste. Cider is an old drink.
Wine is made from fermented grapes. Grapes need a warm region to grow, with fertile soil. France and Spain were known for their wines. One variety of wine popular in the medieval period was called Ipocase. Ipocase is made from a combination of grapes, ginger, cinnamon, sugar, and turesoll. Depending on the type of grape is what kind of wine was produced. Other wines were made from fruit and berries (elderberry,) or with plants (dandelion or cowslip). One kind produced with fruit (not grapes) was called Malmsey. This beverage was made from a combination of honey, water, Clary juice, beer, and brandy.  Mulled wine was always served warm. 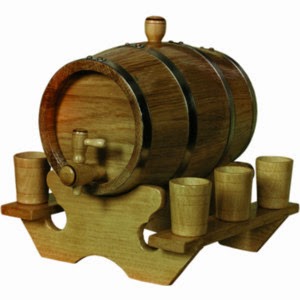 Brandy is distilled wine and its origins can be traced back to eighth century Middle East. Brandy became commonly available in the thirteenth Century as a medicinal liquid in France. It quickly became popular as a drink enjoyed by the upper classes who could afford it. Brandy was also used as a base for other liquors.
Whiskey (any country OTHER than Scotland or Whisky or Scotch – as it’s known in Scotland) has been around since the ancient ages although its popularity and refined distilling techniques has its roots in Scotland. 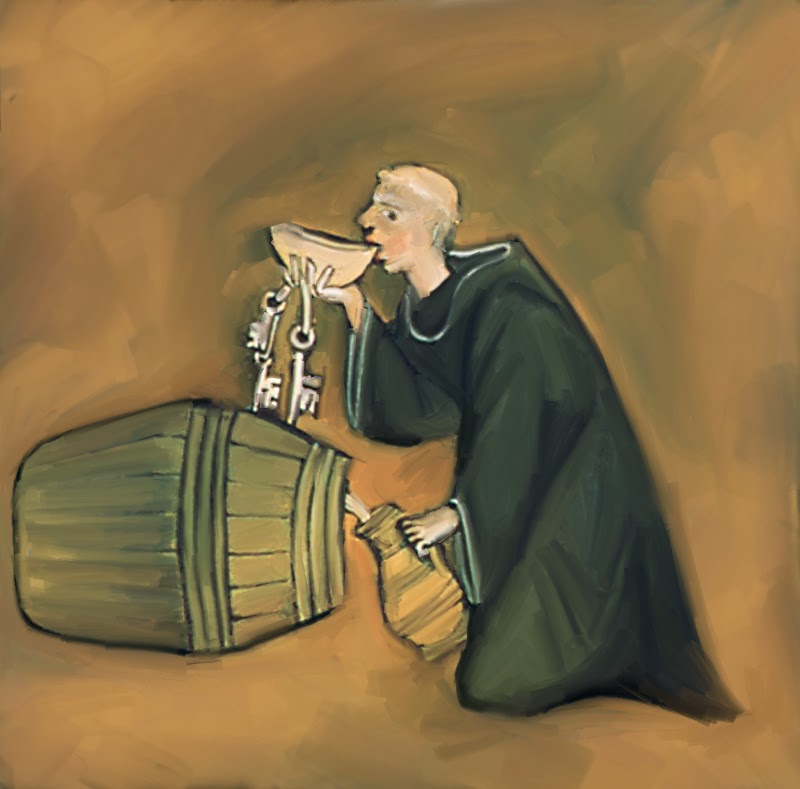 Not everyone drank alcohol. Herb teas were highly used. The green and black teas didn’t come into play until the sixteenth century. Tea was originally utilized for healing but soon became a popular drink after Portuguese traders brought it back from China. Rose and lavender was added to water and sought after by ladies of rank. Roses were also used to make syrups. Lemons mixed with water were enjoyed by those with access to the citrus fruit.  The medieval folk had one up on the health food enthusiasts, utilizing almond milk for a refreshment. Another type of drink was sweet vinegar; one particular drink was called Sekanjabon, which consisted of water, vinegar and sugar.

Milk was used but one has to keep in mind that the folks didn’t have refrigeration. Milk was only good for a limited time before it spoiled. 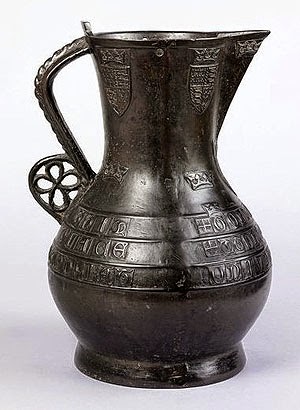 Drinking cups could be made from wood, gourds, pewter, horn or precious metals and exotic sources such as ostrich shells or coconut.

To rad more about medieval beverages, see the following references:

Stay safe out there!
Posted by Greycliffs Chronicles at Thursday, August 21, 2014