Last Friday and Saturday, (Aug 1-2, 2014) was the annual Franktown Meadows National & International Hunter Derbies. The Franktown Equestrian Center is located in the Washoe Valley (NV). It is a beautiful place of green grass and towering trees on the west side of the valley up the road from Bowers Mansion & Davis Creek Park. 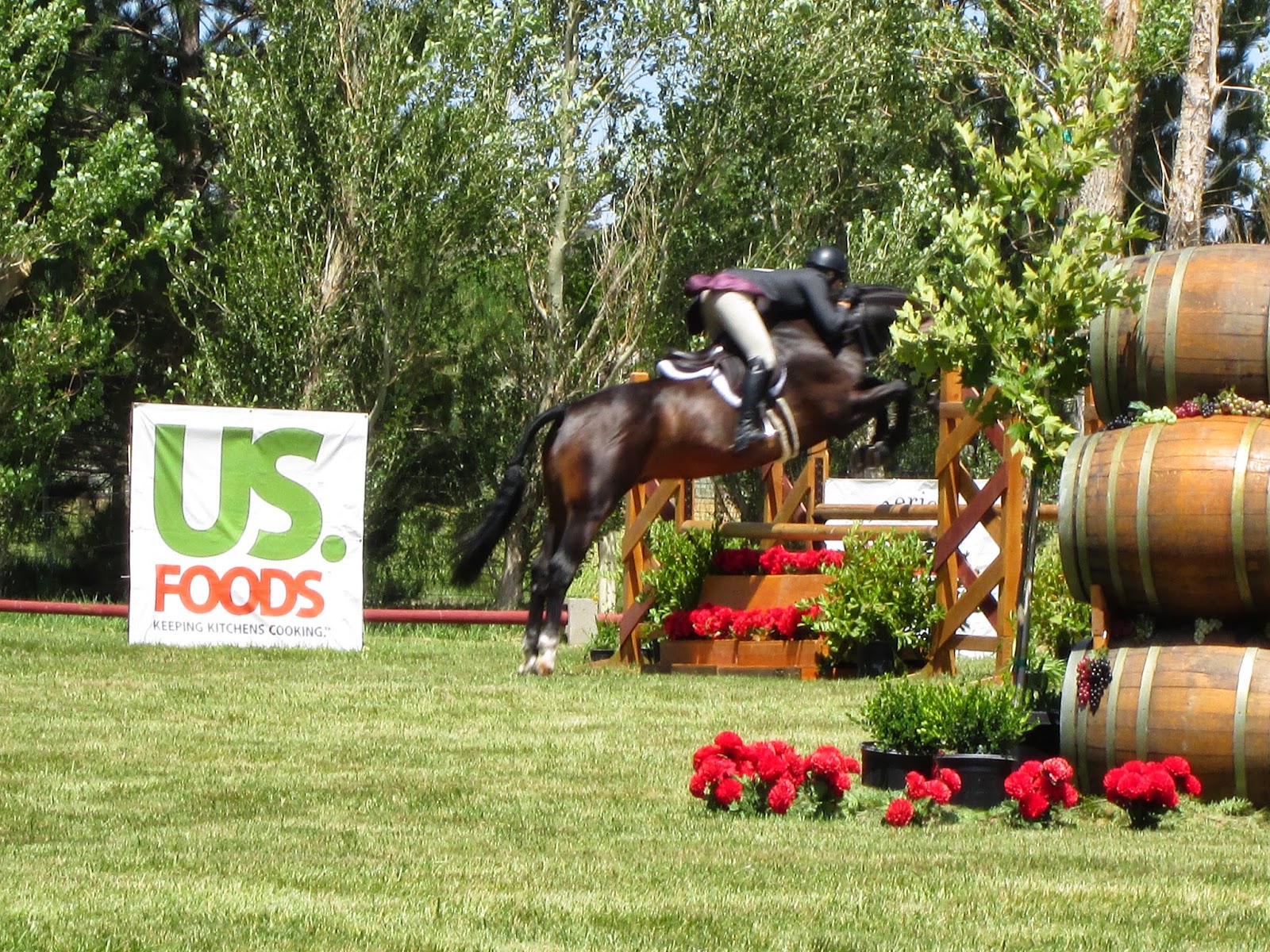 The event’s show grounds are only used for this event so the grass is nice and full and facilities clean. On first arrival, one walks past individual pastures & corrals for the facility horses. I had fun watching two foals cavort in their piece of heaven while both mares ate grass and enjoyed the decent weather. Washoe Valley is known for its high winds. We were lucky: after a few days of thunderstorms, Sat (the day I attended) was clear and in the mid-90’s. Near the end of the competition, a strong wind finally made its appearance – at one point blowing a large umbrella to the show field. 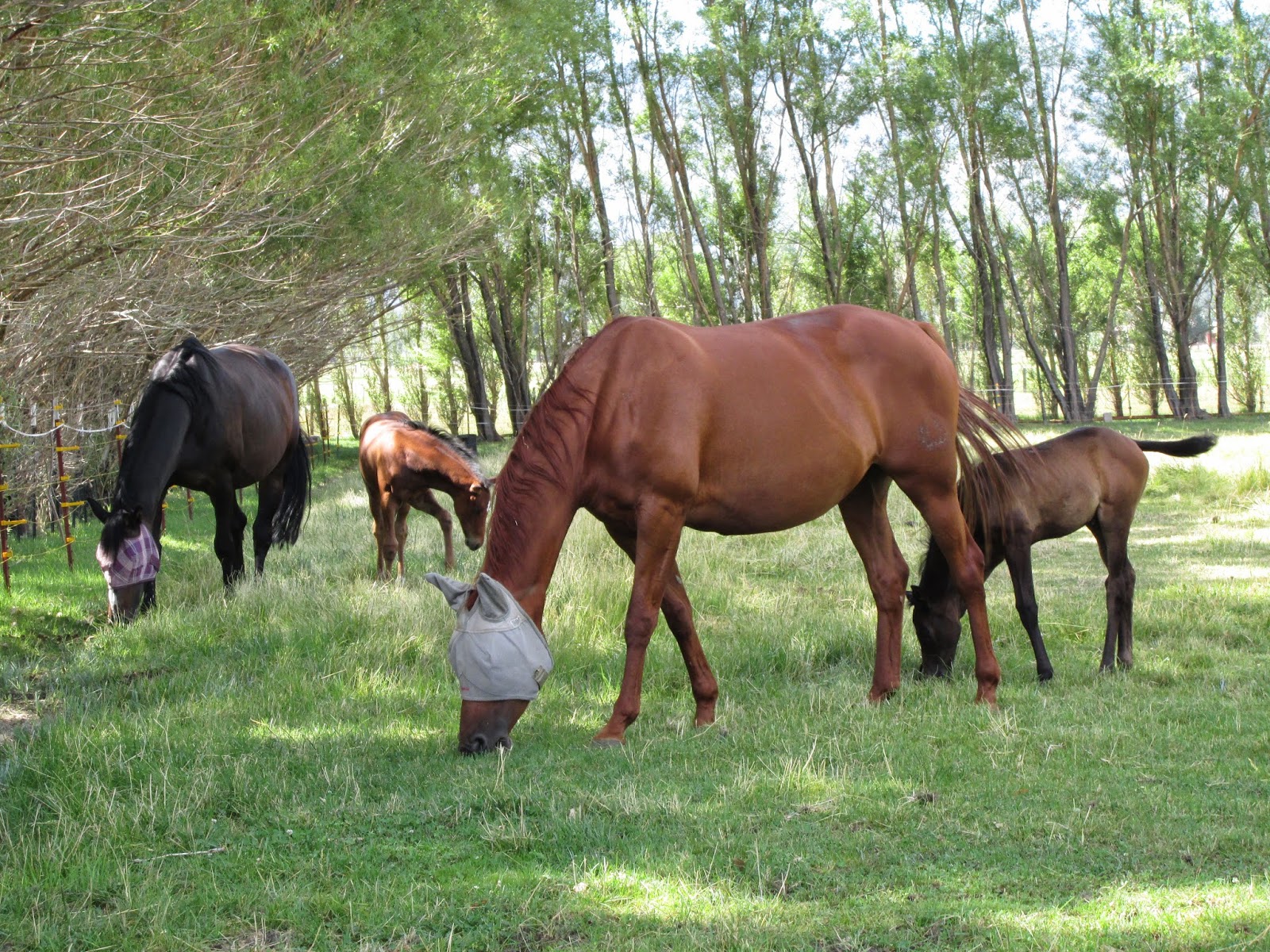 .
The show started off on time with a presentation of the Red Rock Hounds mastered by Lynn Lloyd. Per pack consists of Walker Tree Hounds, which look similar to foxhounds. After the colors were presented the show began.  A demonstration of quadrille dressage was also given. The four riders and their horses performed dressage moves to music. A grey horse was magnificent with his transitions and flying lead changes. 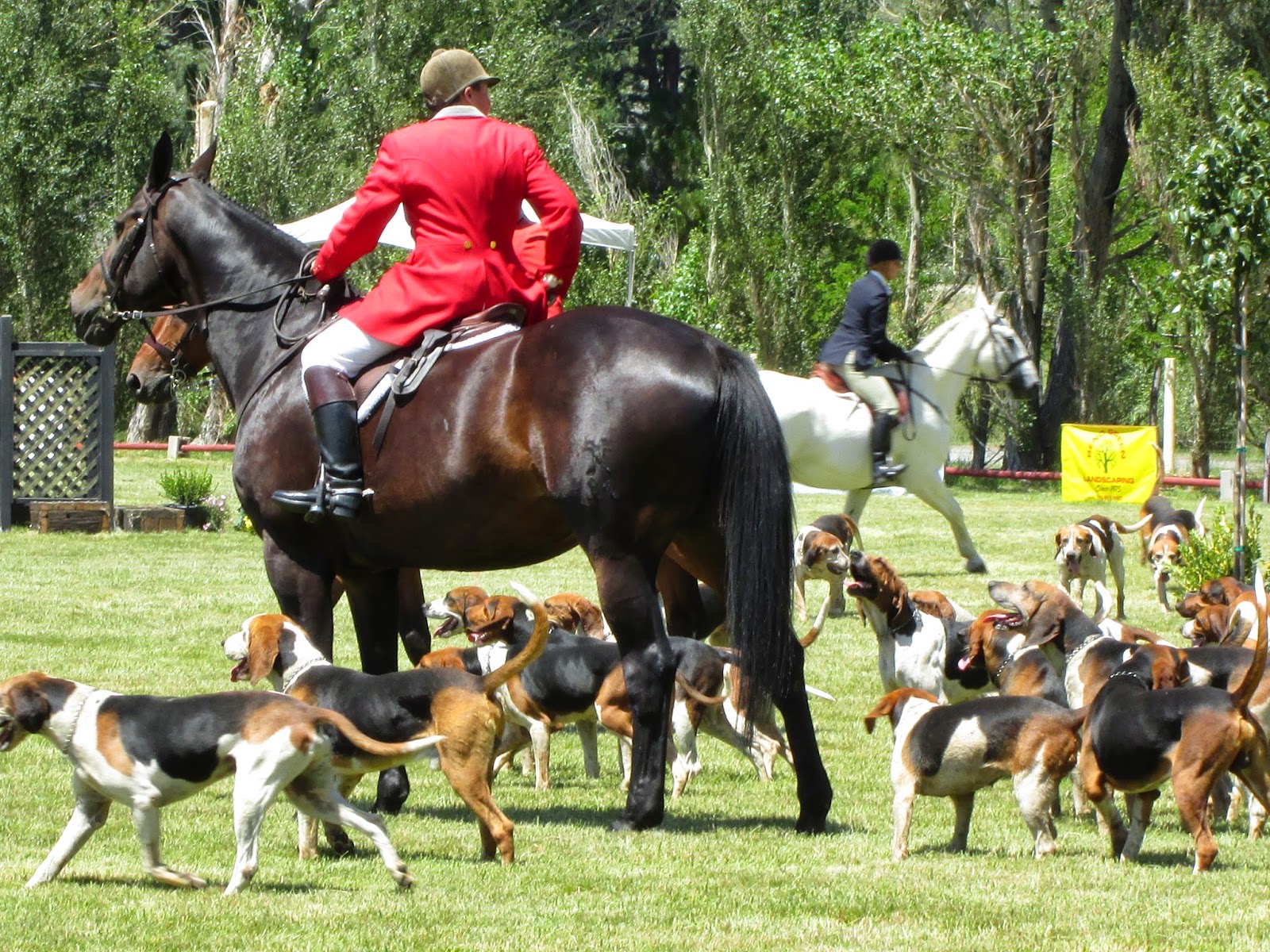 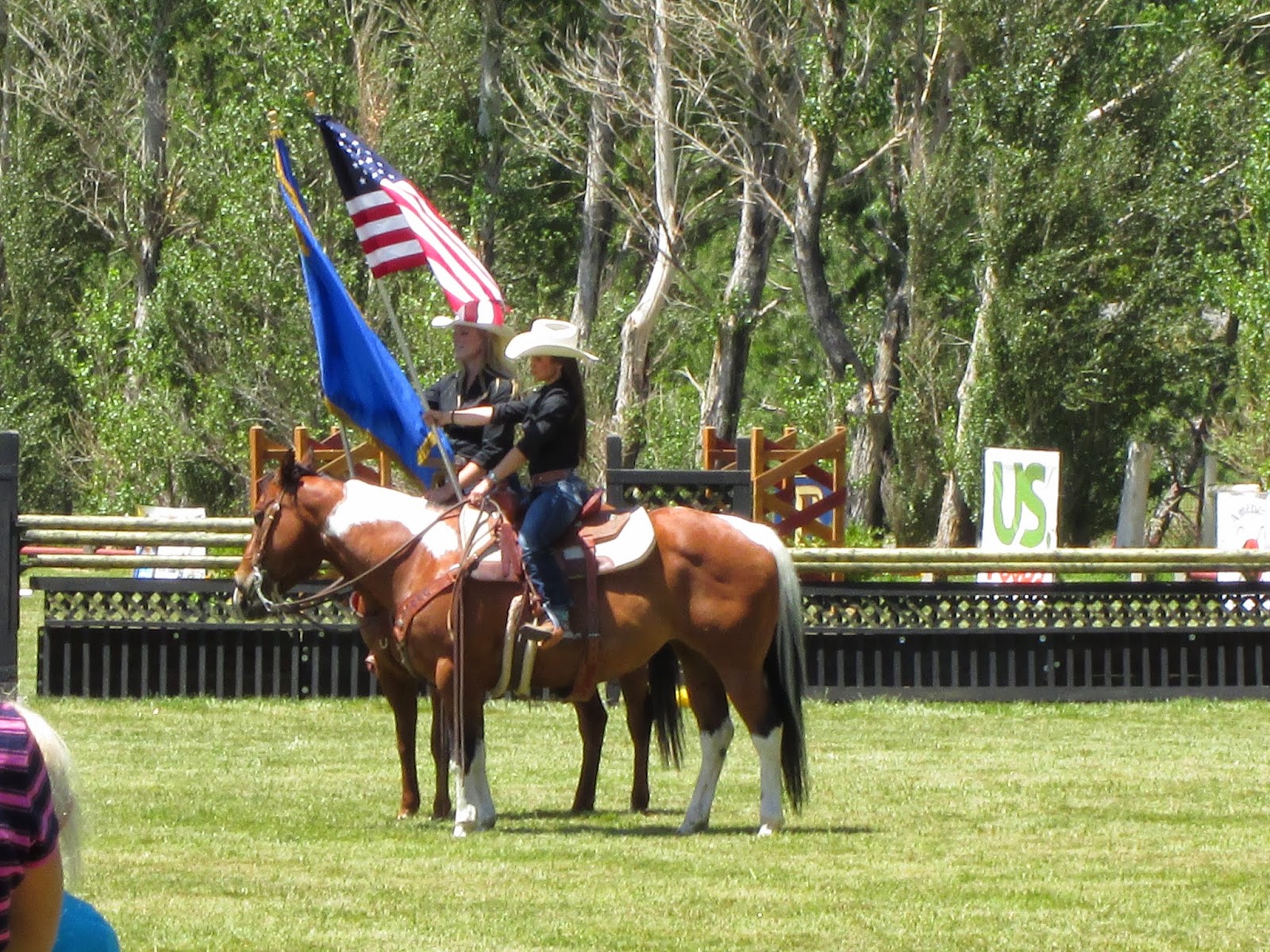 The riders and their horses were turned out beautifully. Each jump was decorated with flowers or items relating to the theme of the hurdle itself. For example, the wine barrel jump had stacks of wine barrels alongside the piece. I didn’t know it at the time but the event was telecast on the web on Loaded TV. If I had been aware of this, I’d have watched Friday’s events online. The winner of all of the festival’s classes was a wonderful chestnut called “Undeniable”. This horse is racking up wins in the hunter division across the country. No one fell on Saturday making this show especially nice. Competitors scored some close numbers making it fun to watch. Two changes for next year would make this a perfect outing: a little more shade and choice of food vendors. I also wish the organizers would offer a sheet listing the riders, horses, and their numbers. The only way to know which person was who was by the announcer. 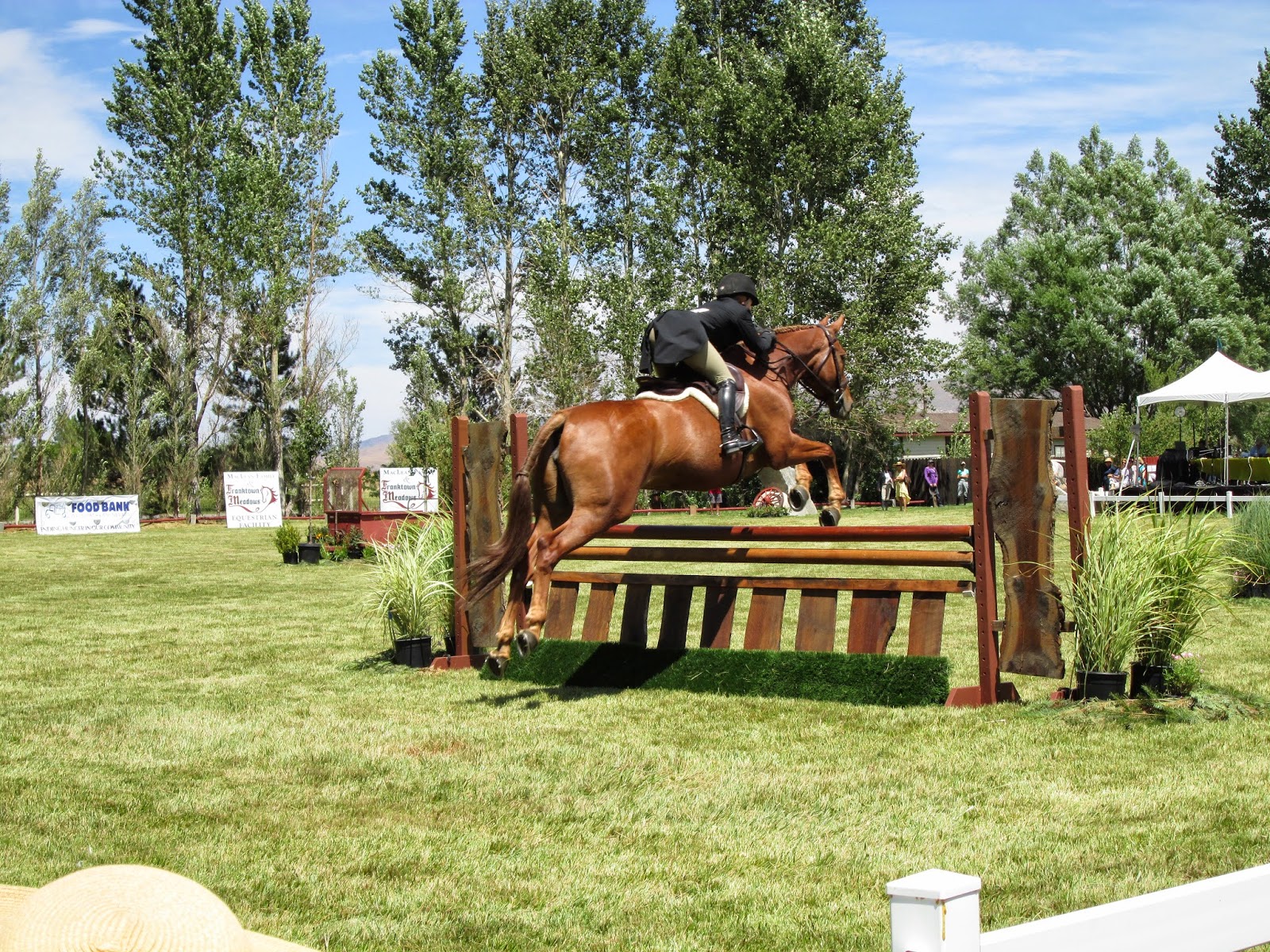 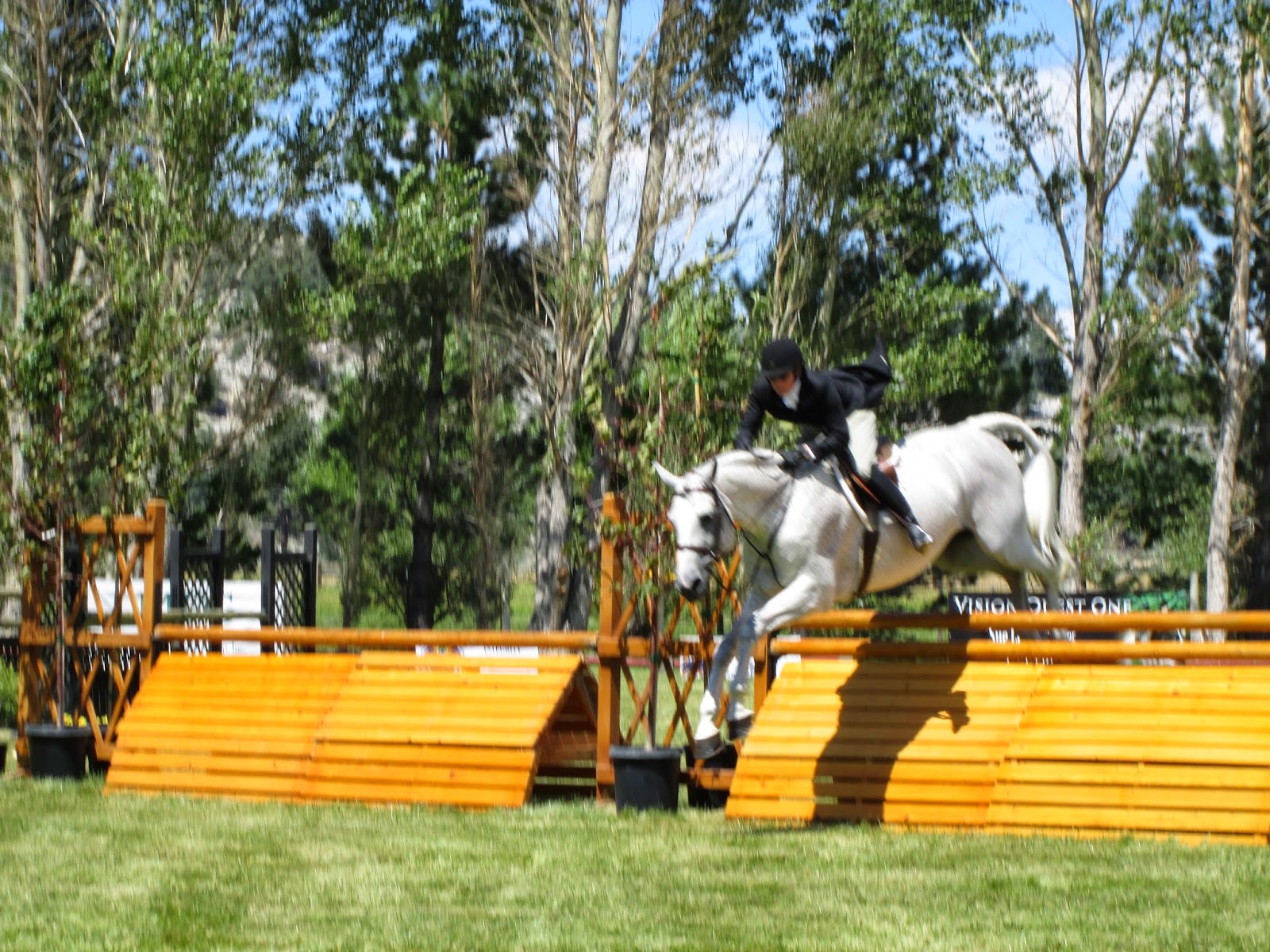 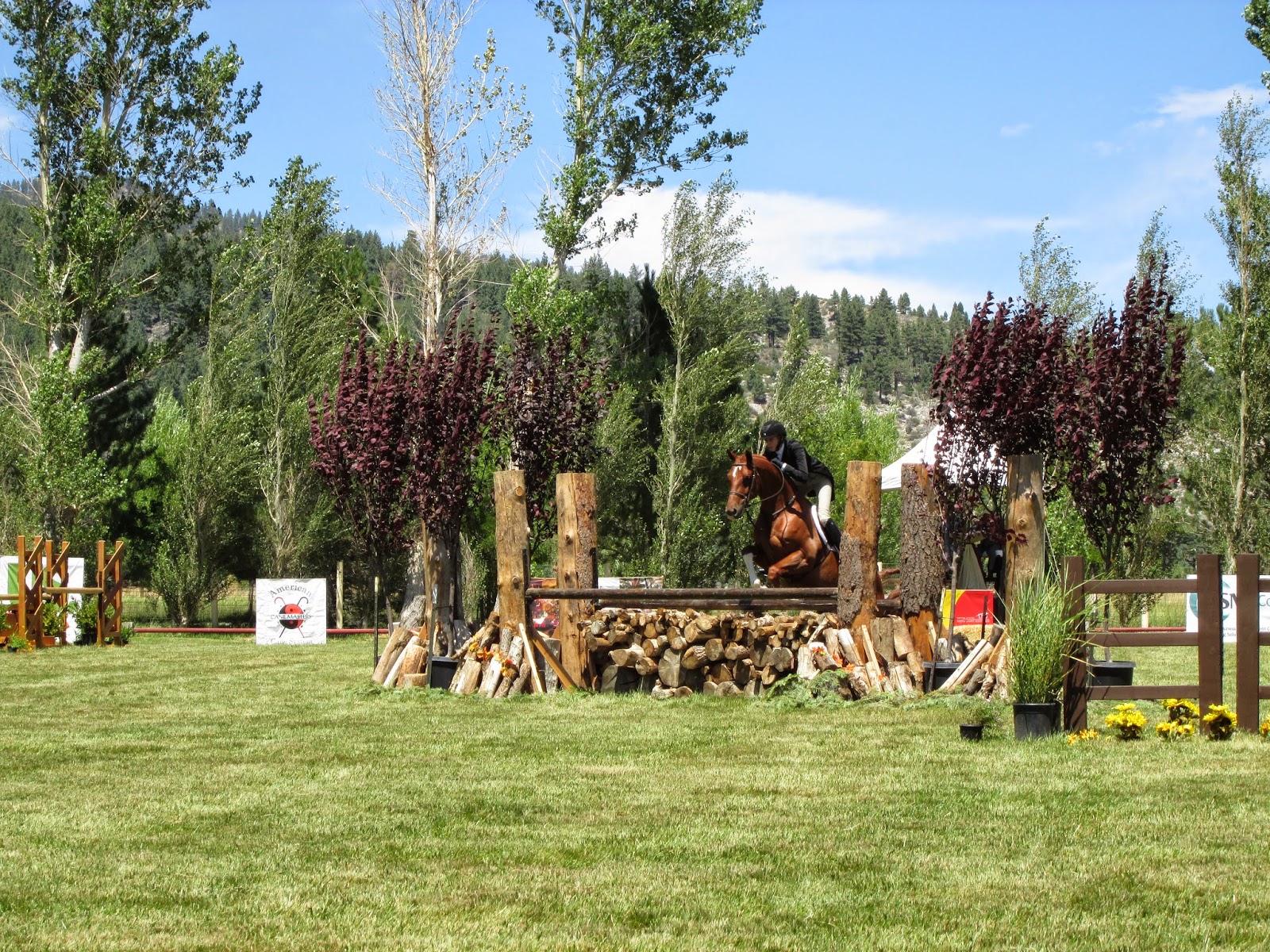 Until next time, stay safe out there!
Posted by Greycliffs Chronicles at Monday, August 04, 2014