Plain or not? That was the question of people in the Middle Ages. Spices were an important part of the people’s diet. Spices added flavor to the daily meal; the product disguised the taste of bad meat as no refrigeration was available. Traders from the Far East and the Middle East brought a variety of spices to Europe while others were available locally. 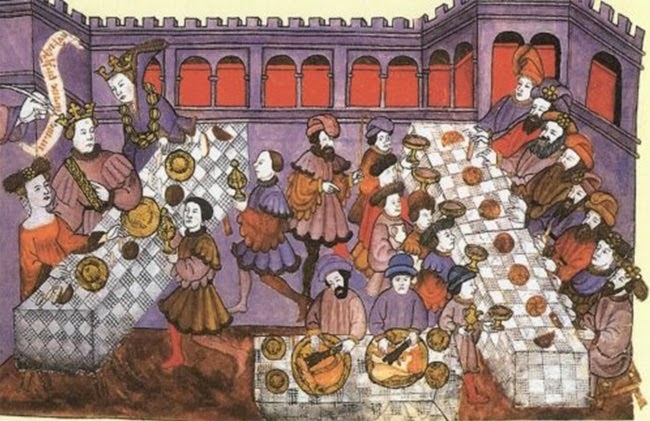 The most important additive was salt. During some parts of history, salt or sodium chloride, was worth as much or more than gold. The chemical has been used to preserve meats & fish and enhance recipes since 6000 B.C. Salt was obtained in many of the same methods we use today: mining or evaporating water. It was also used in the dying process and in the making of soap (among others).
Pepper was obtained from India and the Mediterranean. In addition to cooking, pepper was used in medicine. Cinnamon, cloves, ginger, mace, mustard, galanga (a root similar to ginger), cardamom, cumin, coriander, turmeric, anise, caraway, and nutmeg were important parts of cooking. These could be expensive due to the costs of trade expeditions to obtain them. Saffron was used in the dye process. 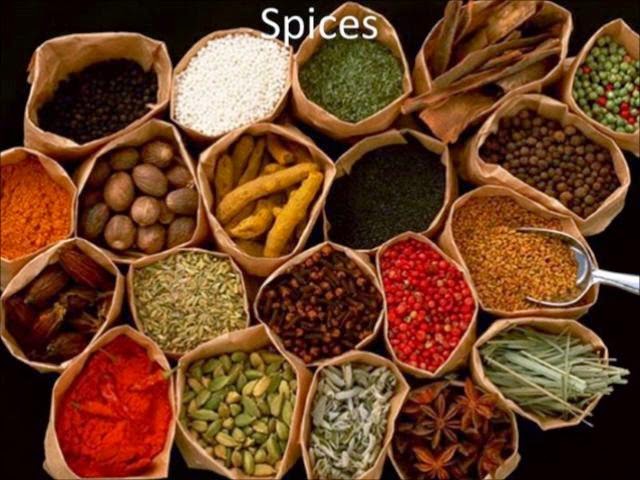 Sugar came from the Near East and was expensive to buy. The other commonly used sweetener was honey, which anyone could get from local beekeepers.

Citrus and other fruits came from a large range of places. The juice from oranges, limes, and lemons were used in cooking and the fruit was eaten when in season. British sailors were nick-named ‘Limeys’ from their habit of eating limes on long sea voyages. Pomegranates, dates, raisins, and figs were often dried first. Olive oil was imported for cooking and medicinal purposes. Local fruits consisted of berries, apples, plums, pears, and peaches.

Different nuts were popular. For example, almonds were good for eating and for making almond paste. Other nuts eaten were walnuts, chestnuts, and other local products. Cakes, pastries, pies, and sweetbreads were favorite desserts. The medieval people, especially the well-to-do, loved their sweets. As we do so today, the medieval folks added herbs to their dishes. Common varieties included parsley, borage, mint, rosemary, thyme, purslayne, garlic, fennel, and vinegar. Nobles didn’t consume as much vegetables as their poorer compatriots. ‘Rabbit-food’ was considered common, and some vegetables like cucumbers were not used at all. Because the wealthy ate more meat, they tended to suffer from associated diseases (gout, heart disease). Many people from all classes suffered from scurvy, tooth decay, and infections from eating rotted meat. 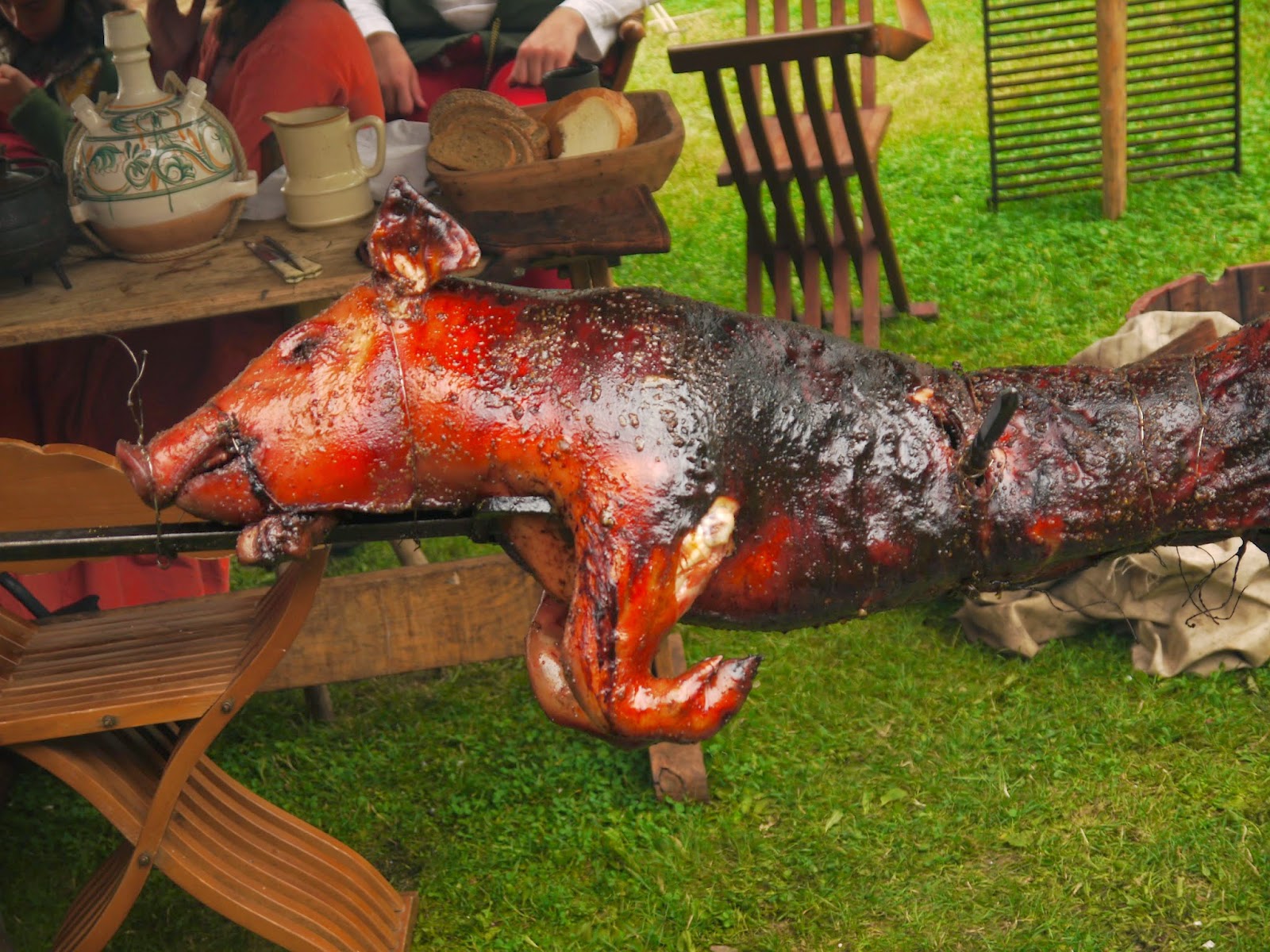 If you had sat down at a table, you would recognize most of the ingredients used on cooking. Meats included a wide variety of birds (chickens, herons, storks, swans, game birds, vultures, etc.). Seafood and fish used included eels, fresh & saltwater fish, shellfish, dogfish, porpoises, seals, whale, dolphins, and mollusks.  Of course, there would be dairy products such as cheeses and eggs. Available meats were pork, beef, lamb, smaller mammals, and game. The type & frequency of meat eaten depended upon one’s social standing: venison was for nobles while anyone could raise a cow or pig. 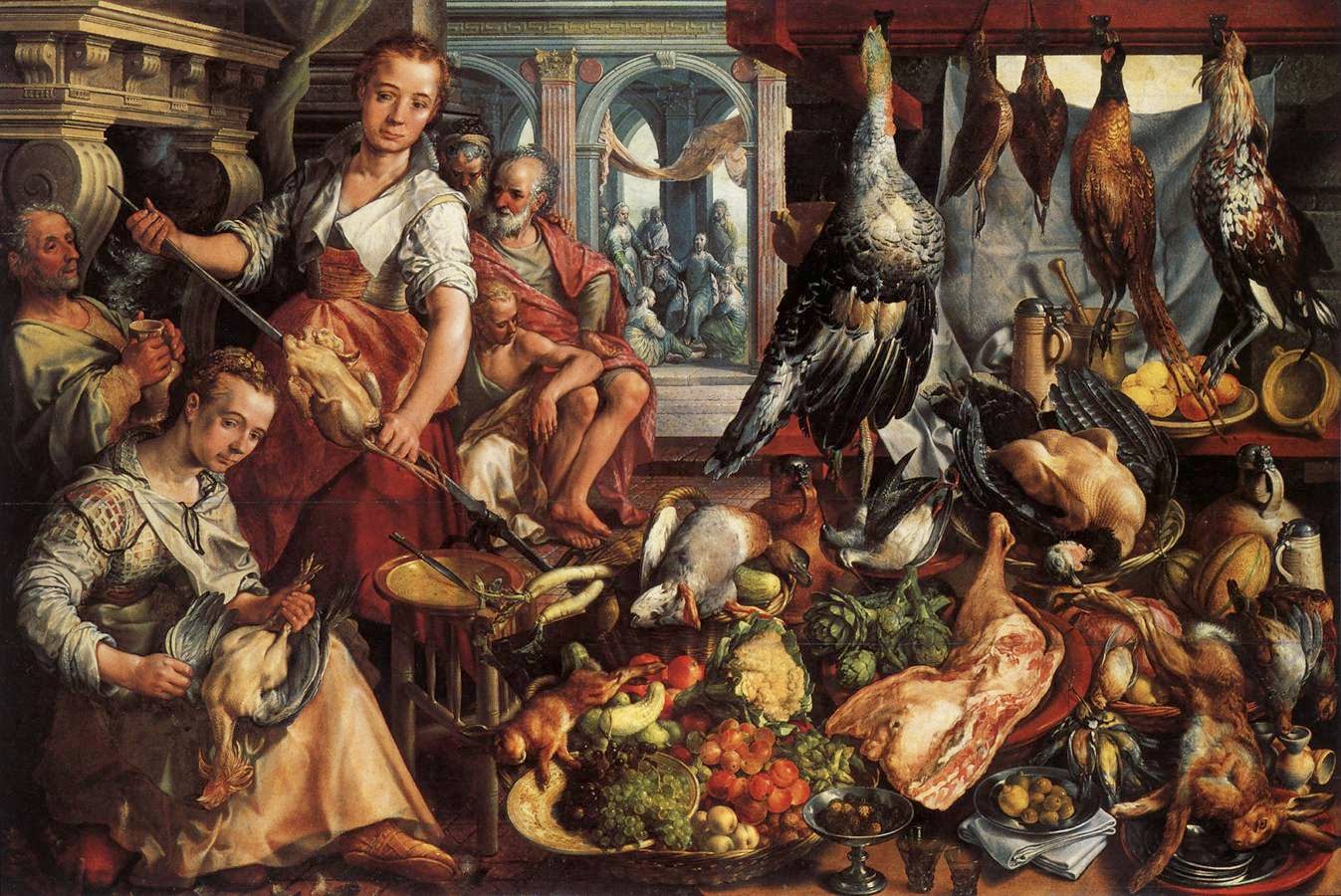 The ancients didn’t eat any differently from many folks today, the biggest difference was in how the foodstuffs were obtained and stored. Obviously, without cold, one couldn’t keep fresh met from spoiling. This was the reason for drying & salting meat. Vegetables were stored as well.
Meals were often simple, consisting of bread, cheese and fruit. Food with rich sauces was popular at feasts for the rich. Trenchers, or bread baskets/bowls, held other dishes. Many women kept a pot of perpetual stew and/or oatmeal always ready. 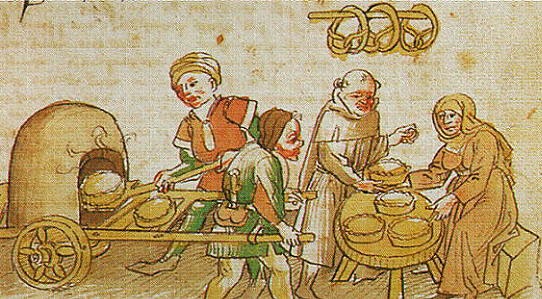 Stay safe out there!
Posted by Greycliffs Chronicles at Friday, September 12, 2014