Cusbergh is bordered by Greycliff on the southeast and Barera on the southwest. King Evolac sits on the Cusbergh throne. Evolac’s son, Prince Nirrbus is the heir. Known for its cattle and wool, Cusbergh also is a source of vorane (a type of hard liquor which is very similar to vodka). The royal heraldic shield is a red deer wearing a gold crown on a silver and black ermine field. Cusbergh people rely on the clan-system for everyday matters. 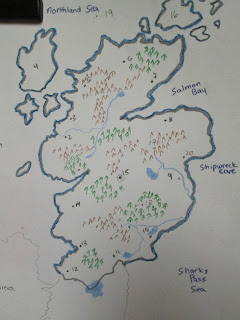 During King Hadrell's (Greycliff) reign, a war between the countries led to the Cusbergh princes becoming vassals of the Greycliff Crown. This has never sat well with the Curbergh folk. Skirmishes and raids require strong border lords. 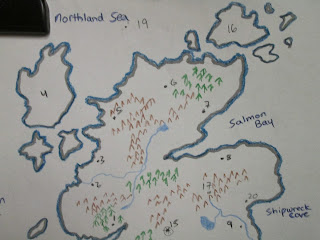 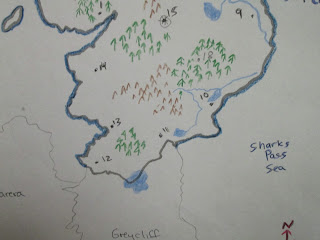 The following is a list of the major cities of Cusbergh: