The ultimate census: The Doomsday Books

930 years ago a remarkable journey began. King William I of England, more commonly known as William the Conqueror, ordered a survey of England and Wales. To understand the reasons why the first Norman King of England would desire a massive undertaking, one has to go back to the roots of Norman history.

William was born on the wrong side of the blanket. The son of Robert, duke of Normandy and Herleve, the daughter of Fulbert of Falaise, the bastard was formally recognized as Robert’s heir in 1034. It seems Robert has been infected with religious fever and signed up to go on Crusade. Before he left, Robert wanted to ensure his bloodline would go on, thus the need for a ‘legitimate’ heir. Needless to say, Robert’s barons weren’t all pleased with his choice. Attempts were made on William’s life. 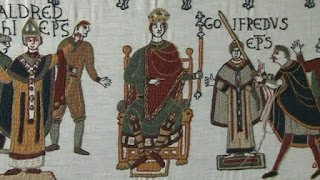 William’s precarious upbringing played a part in his desire to be the top dog. This led to his eventual invasion of England under the guise of taking the throne he claimed was his. After the Battle at Hastings in 1066, William spent his initial years on the throne quelling rebellions. Once he had his own lands in order, the threat of outside invasions weighed heavy on his mind. Governments don’t pay for themselves, nor do armies. Perhaps that was one of the motivators for the idea of a country-wide survey: hence the Doomsday Book was born in 1085.

The actual time to gather the facts took about nine months and was finished in August of 1086. The data was gathered in three books: the Great Doomsday, the Little Doomsday, and the Exxon Doomsday. England was divided into seven regions for the survey. Men were sent out to ask questions and record answers. One version of these questions, known as the ‘Ely Inquiry’ is preserved at the British Library and is recorded as follows:

“Here follows the inquiry into the land made by the king’s barons, on oath of the sheriff of the shire and of all the barons and the Frenchmen, and of the whole hundred, the priest, the reeve, and six villeins of each village; in order (they asked) the name of the estate; who held it in the time of King Edward; who holds it now; how many among the men; how many villeins; how many cottars; how many slaves; how many free men; how many sokemen; how much wood; how much meadow; how much pasture; how many mills; how many fishponds; how much has been added or taken away; how much, taken altogether, it used to be worth and how much now; how much each freeman or sokeman had or has;. All this (to be given) three times, that is, in the time of King Edward, as it was when King William first gave the estate, and as it is now; also whether it is possible that more (revenue) could be taken from the estate that is being taken now.”

For reference, a villein is the highest class of dependant peasant.  A cottar is defined as a peasant farmer, either free or semi-free.  A sokeman is defined as freeman of peasant status who was free to leave (and to sell his land). A serf is defined as a slave, the property of his lord.

Once the government men returned with their survey forms, the questions had to be analyzed. All data was written down. The next step was up to the King. What would he do with the information? Historians believe William had three reasons for wanting the survey completed. It allowed an exact record of the country and the contributions of each local area to the King’s geld. Danegeld was an Anglo-Saxon tax that could be levied across England; thus named because the money raised would be used to buy off or fight Danish invaders. The Doomsday survey gave the King an idea of a feudal lord’s availability of men for conscription and for billeting purposes. Finally, he wanted to know about the land. Who claimed which pieces of land? Which lands were in dispute? The Doomsday Books didn’t just note down property of nobility. Churches, farms, and the average Joe were included in the documentation. It showed boundaries of villages and towns. It was a landmark document that may still be seen today. 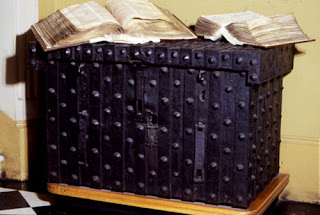 For further reading on this subject, see:

Doomsday: A Search for the Roots of England

stay safe out there!