A nation divided is a nation weakened and ripe to be conquered. The second English Civil War took place from 1215 to 1217 between the Royalists led by King John and the group of Barons who had spear-headed the campaign which led to the signing of the Magna Carta on the 15th of June, 1215, led by Robert Fitzhugh.  John was fit to be tied, so to speak, over many provisions of the Great Charter, as the Magna Carta came to be known. One of the worst ones in his mind was clause 61:  which allowed the rebellious noblemen to declare war on the king. In the King’s mind, he’d been forced to sign the paper. The ink had barely time to dry before John was trying to come up with a reason to nullify the contract. 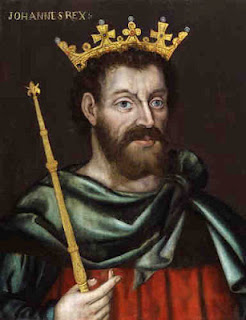 The Magna Carta was arguably one of the most important documents in the history of freedom. The English contract between King John and the noblemen of the thirteenth century restricted the powers of the Monarchy for the first time. No longer could the king randomly enforce his will without limitation. King John met with his Barons in the field at Runnymede by the Thames River on the 15th June, 1215, the nobles of England expected the king to abide by the provision of the Great Charter (the Magna Carter). A committee, made up of twenty-five elected Barons (the ‘Twenty-five’) were the leaders of the rebellion and subsequent counsels.

They should have known better.

Within three months time King John had appealed to Pope Innocent III to to have the Great Charter annulled. John told the Pope he had been forced to sign the document, and as such it should be declared illegal. In that respect, John wasn’t lying. Pope Innocent ruled in the English King’s favor and went as far as to suspend the Archbishop of Canterbury, Stephen Langton, who had stood with the barons against the King.

Why did the Pope side with John? A primary reason was the method of the process. Another, even more troubling one, was the security clause which allowed the Barons to sanction war against the King. Pope Innocent was less than pleased at the thought of the people declaring war on their Monarch. Three months after the Magna Carter was in place, the city of London was still under control of the Barons. According the the Charter, they were supposed to have released it, nor did Archbishop Langton give up the Tower of London. The men weren’t abiding by the rules they insisted their king follow.

Furious, the Twenty-Five sent representatives to France to speak with Prince Louis. He was offered the throne of England. Louis agreed. He gathered and army and made plans to invade England with 1,200 knights. This was the straw that broke the camel’s back as far as John was concerned.

With the Pope’s blessing, John considered himself free from the chains of the Great Charter. Those nobles who had aired John then made the had a long memory. His loyal men, along with their knights and soldiers, joined the King. John started his Baron’s War campaign by moving against those who stood against him.

John and his men rallied the Royalist supporters, ensuring the castles were provisioned. Many of the northern Barons were loyal to John. Most of the Bishops stood with the King, sadly the Archbishop of Canterbury crossed over the line. Stephen tried to remain neutral but he ended up being suspended by the Pope, denounced by Innocent as a rabble-rouser and for refusing to excommunicate the rebels. Bishop Giles de Brose of Hereford joined with the Barons against John. 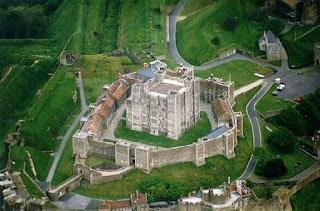 John started his Baron’s War campaign in Dover (see above), in the autumn of 1215. John had engaged mercenary troops from Flanders, but a storm over came most of the fleet during their crossing. Those who weren’t drowned turned back. Word was received that the the rebels were holding Rochester Castle. John and his army stared north.

The king laid siege to Rochester for seven long weeks. Royal engineers dug tunnels underneath the castle, gaining access via a tower. They started a fire using fat of forty pigs. The result was a partial collapse of the tower, John’s men getting inside, and the surrender of Rochester to the King. This s marked a turning point for the King. 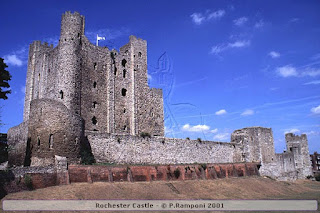 John split his army, sending half of his men under the leadership of William Longsword, one of John’s half-brothers, to the areas north & east of London while he took the rest to north, where he ended up at Nottingham. Both armies left destruction in their wake, leaving no rebels alive. John waited out in Kent until May, gathering more resources in anticipation of Prince Louie’s invasion. John’s primary defense was to be his navy.

Lady Luck appeared to smile on John, for another storm blew in and smacked the French Prince’s ships. Many ships were destroyed, the men drowned. Louie did landed on English soil. Marching to Rochester, Louie found John missing. Prince Louie and his men followed the King’s trail, managing to take Winchester along the way. This was a major blow. John’s half-brother, Salisbury abandoned his cause. 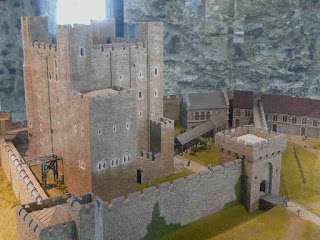 For the first time since William the Conqueror, a foreigner was a serious threat to the English throne. But the Norman Kings had a never-say-die attitude, and that was passed on to the Plantagenet line threefold. John was determined to regain his lands back.

John managed to keep hold on the western half of England while Louis ran around the eastern. It was with the help of men like William Marshall and the Welsh, that King John was able to maintain the lands. He went forward with supplying his castles. In the fall of 1216, the English king retook Cambridge. John made a raids in Norfolk, Essex, and Lincoln.

He stopped at Newark, the home of the Bishop of Lincoln. The campaign had taken a toll on John. He had become ill. Not improving, the King couldn’t go on. He wrote out his last wishes, made his confession and died on October 19, 1216. John’s son, Henry III was only nine years old when he became King of England. Learning of John’s death, the Baron’s were quick to throw off Prince Louie and support the young Henry III. A lightning fast coronation ceremony was arranged on the 28th of October, 1216, overseen by Peter des Roches, the Bishop of Winchester at Gloucester. Normally held in London, the ceremony couldn’t be done so this time due to the French occupation.

The late King John’s will named a group of counselors for his son: five churchmen and eight nobles. This band of men included William earl Marshall, Ranulf earl of Chester (see above), and William Ferrers earl of Derby. Of the 13 counselors, William Marshall was selected as regent for the young King Henry III. William only served the position for two and a half years when he died, but he did settle the kingdom in that time. The Marshall led his men against Louis in the French Prince’s failed attempt to take Lincoln. In September of 1217 an agreement was reached, Louie left England to return home to France. The Magna Carta, version 2.0, was issued.

Stay safe out there
Posted by Greycliffs Chronicles at Monday, May 20, 2013