Horns, boats, and battle: the Vikings 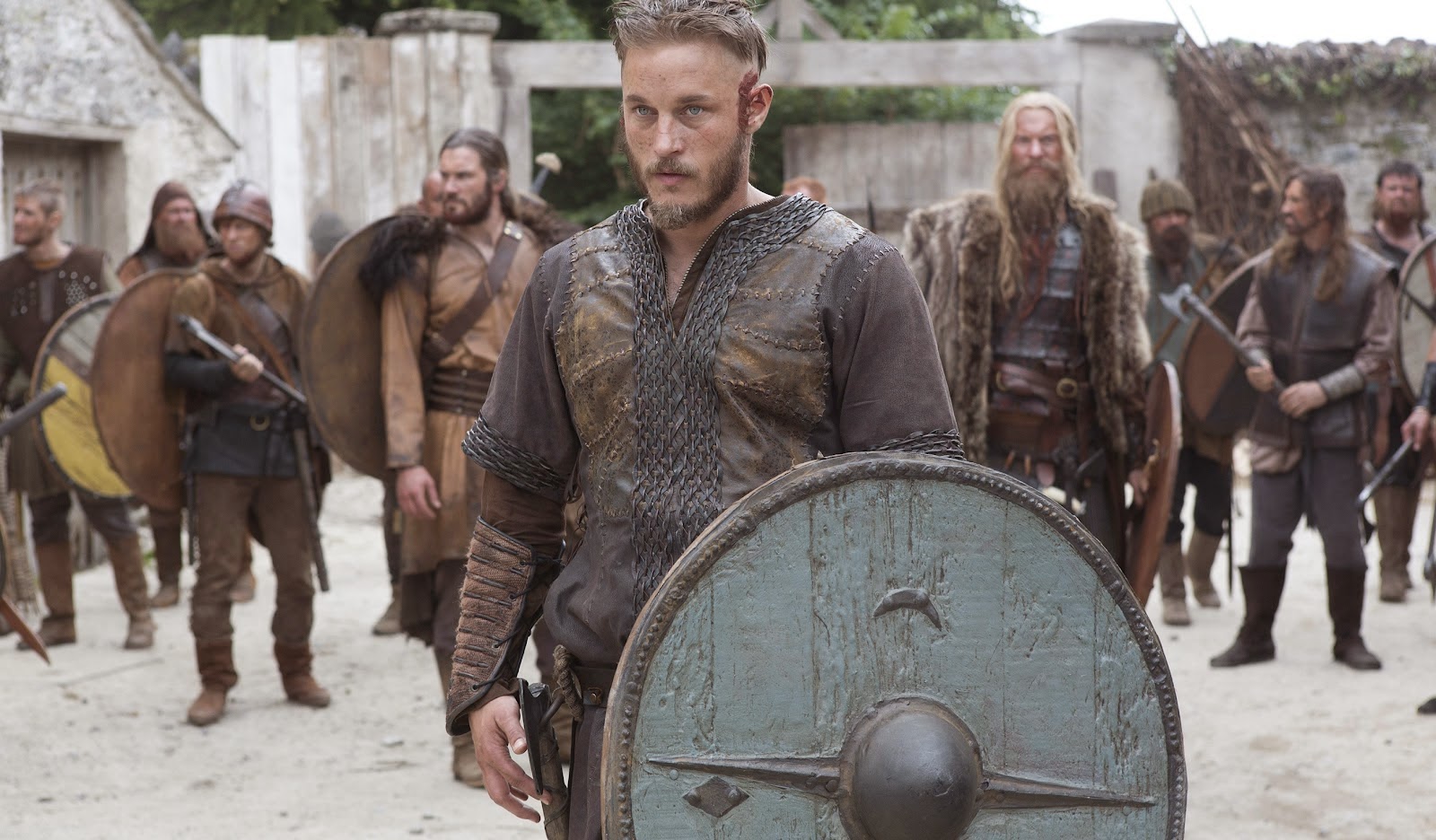 Vikings are popular subjects for the media in general. Two successful recent movies focusing on Vikings are from Disney: ‘How To Train Your Dragon’ and its sequel ‘How To Train Your Dragon 2’ (and associated shorts). Let’s not forget the History Channel’s series’ Vikings’ and big screen productions The Vikings, Beowulf, The Thirteenth Warrior, Eric the Viking, Thor, Kingdom, and Arn – The Knight Templar. Multiple documentaries examine the people as a whole, swords (Ulfberht), and their travels across the world.  Numerous authors have focused books on the raiders including Bernard Cromwell and Sandra Hill. Even corporate America embraced the seafaring raiders for the famous “Capitol One Barbarians”. A search for Vikings on either Amazon or Barnes & Noble reveals thousands of entries. The books and videos range from children’s stories, fiction (romantic & historical), to non-fiction.

Vikings were known as Norsemen or Normans. The word Viking originates from the Norse word Vik, which refers to creeks, inlets, and small bay. The word Viking comes from fara í víking, which means to gone on expedition.

What common perceptions about the culture are true? Why are we so fascinated by the explorers? Why did the mere rumor of a Viking ship sighting send terror in to the hearts of medieval European peoples? Did the men really wear horned helmets? Did Leif Erickson discover America 1000 years before the Spanish? What is a ‘Berserker’ and how good were the weapons of the Norse?

The story of the Vikings starts in Scandinavia (Denmark, Sweden, and Norway. As with a large part of Europe, numerous warlords ruled sections of Scandinavia. The Greeks called this land Thule. The Egyptian, Ptolemy, wrote about the tribes form the north, including the Gantar, the Geatas, and the Chaideinoi. The Geatas people are famous due to the sage, Beowulf. Many illustrations of Vikings can be found on the Bayeux Tapestry. 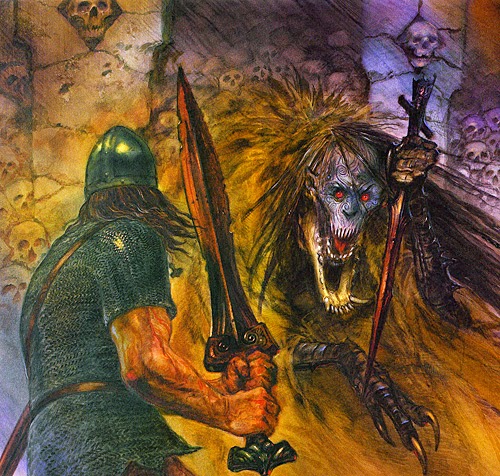 Most of the people were pagans but Christianity took hold in the 11th Century. Settlements used part of their time farming, trading, and raiding. Major trading centers included Birka, Hedeby, Kaupang, and Ribe. The Danes built huge canals across their land, one example being the Kanhave canal. This allowed for better travel and trade via water. Raids focused on the Frankish (Western Europe) coast, England, and Ireland.  Not only did they Norse want goods, they also wanted land. Two of these early Viking villages were at York and Dublin. Iceland was populated around 870. So feared were the Vikings that in 911 Charles the Simple, a Frankish King, granted a large territory of land (Normandy) to the Viking, Rollo, with the stipulation that they leave France alone. 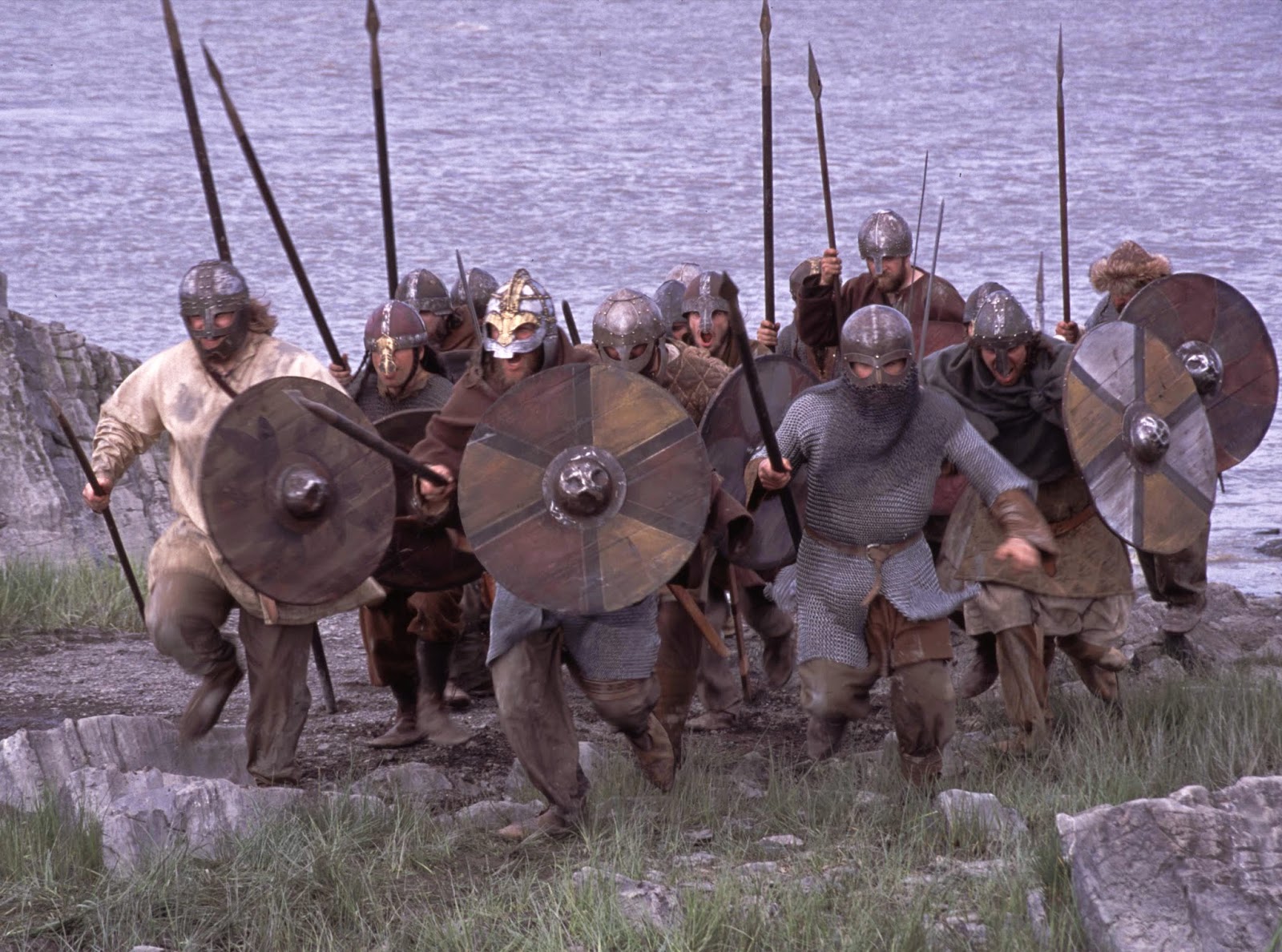 Over the centuries, many grave sites and some settlements have been discovered by archaeologists. Men and women of importance had gold & silver jewelry, coins, pottery, weapon, and furs buried with them. A couple of ships have been found, some intact and others just remnants. One of the most famous finds occurred at the Osberg farm, in Slagen, in 1904. The ship and the contents are now kept at the Viking Ship Hall at Bygdoy. The excavation revealed skeletons of oxen, horses, and humans. Carts, a sleigh, and personal items were also found. Other ships have been found since then. Another example of Viking know how has been discovered in the form of treasure hoards. Adornments of precious metals adorned with cloisonne & jewels, along with glass, pottery, clothing, and Rune Stones have been admired and coveted as collector’s pieces. 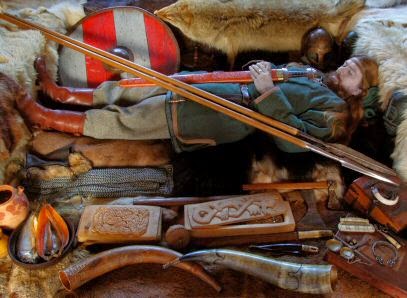 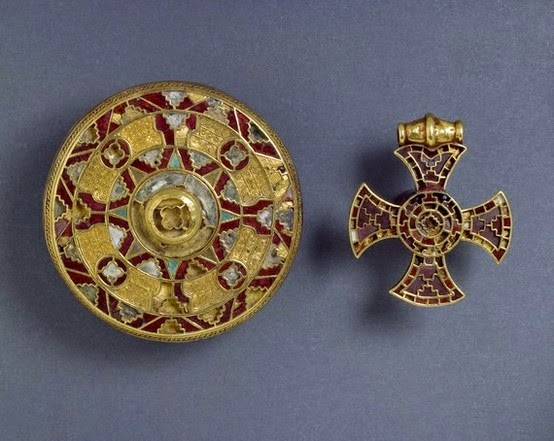 Vikings were great explorers. Not all expeditions were for the purpose of plundering & pillaging. The desire to expand the boundaries of their lands and to seek out the unknown (sound familiar?) led the hardy men and women to far away places. Erik the Red was the first to establish villages on Greenland. Bjarni Herjolfsson found America in 985 but Leif Eriksson actually made landfall on the New Continent at Newfoundland. The legendary ‘Vineland’ might have been on the Northeast coast of America or in Nova Scotia. We know that the ships were solidly built and capable of transatlantic journeys as modern day replicas of the dragon ships have made the crossing. Ships were decorated with carvings of fanciful creatures, Runes, and Celtic designs. In many cases, they left crosses and stone markers engraved with Runic writing and pictures. 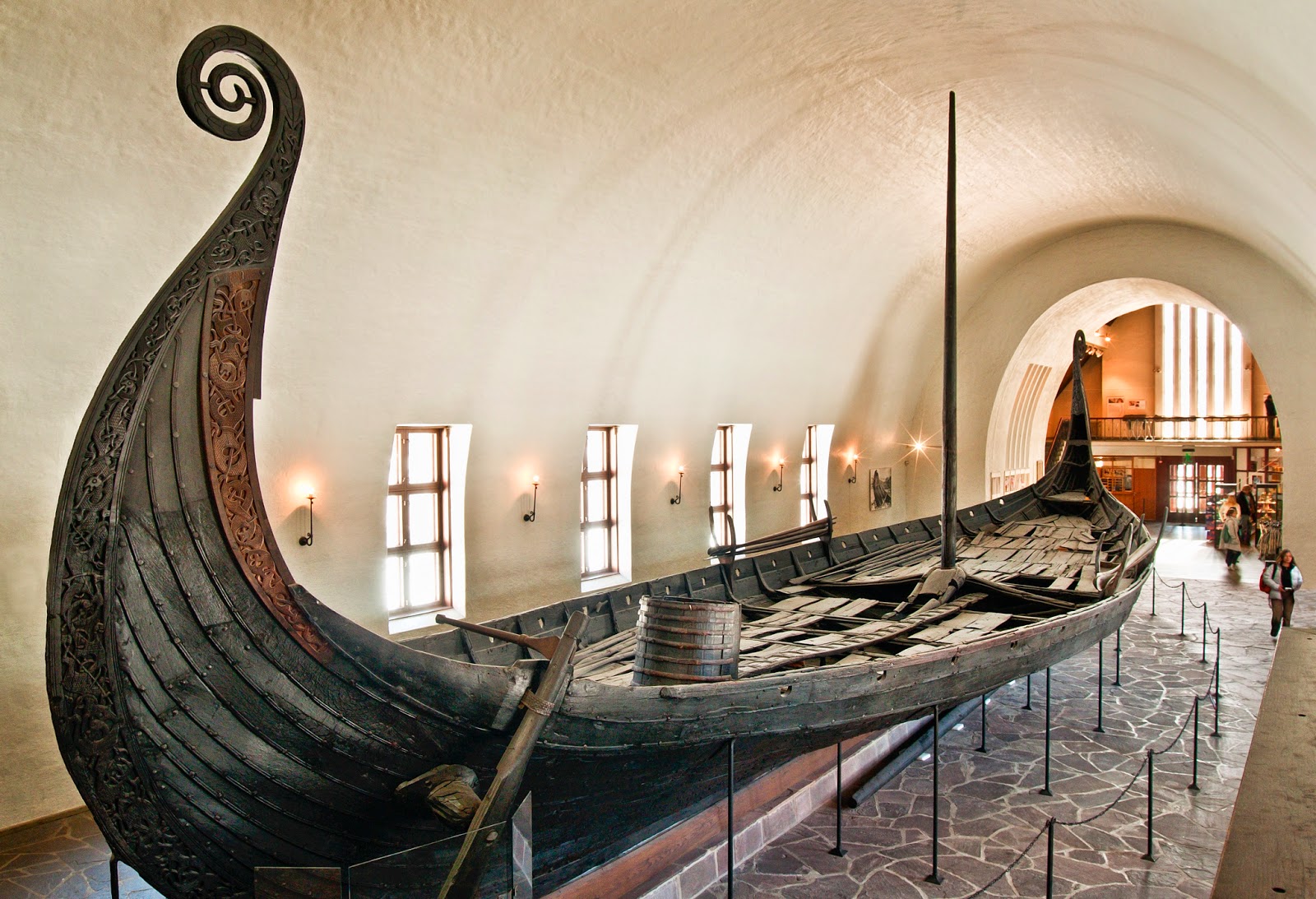 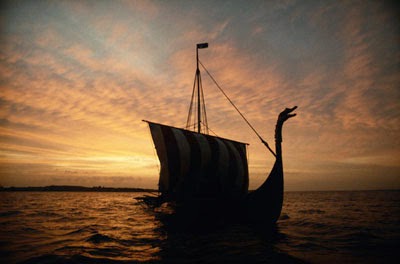 Religion was an important part of the ancient’s life and the Vikings were not exceptions. Initially, the people worshipped the Scandinavian Gods. The leaders were Odin(who rode an eight-legged horse called Sleipnir) and his wife Freya. The other major deities were Thor (God of Thunder), Loki (the Trickster) Baldr & Tyr (both sons of Odin), and Braggi (a poet). It was believed that those fallen in battle that showed bravery were taken to Asgard by the Valkyrie (female warriors mounted on flying horses). Vikings believed that all knowledge was found on Yggdrasil – the tree of life that was part of the three norns (past life, present life, and future destiny). Not all pagan beliefs disappeared upon the conversion to Christianity. 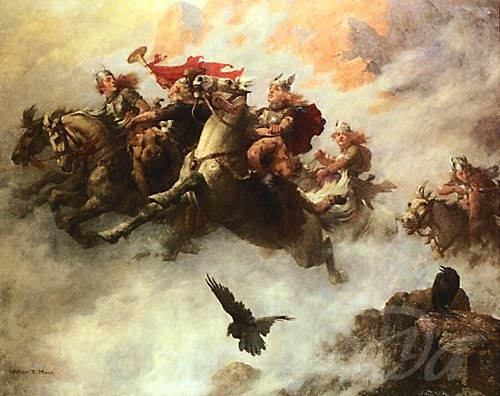 The warriors didn’t wear the stereotypical winged or horned helmets. As many were farming folk who took time off from plowing to raid, they may not have had much armor except for inherited or pillaged items. Many probably went to battle without helmets. The few intact helmets found do have face guards coming down to the cheekbones and some have nose guards (a typical early Norman-style armor). The ULFBERHT swords were of the highest quality and sought out by men of other cultures but the swords were expensive. The average man would use what he had available: his axe and shield. Like armor, swords were often handed down from father to son or obtained as gifts. The round shields were made of wood and reinforced with steel. They were fearless fighters. Legend has i that some men would enter a trance-like stance during battle and fight with a fury & extreme strength: they were known as ‘Berserkers’.

In addition to Eric and Leif, there are other famous Vikings. Cnut the Great - a king who united Denmark, Norway, Sweden, and England in the 9th century. Consider Ivar the Boneless. He was disabled. Regardless that he had to be carried around on a shield, he managed to invade England and establish the city of York. Ingvar the Far-Travelled made a journey to the Caspian Sea. Gardar Svavarsson discovered Iceland. King Sigurd I answered the call from Pope Urban to join the first crusade.

To learn more about Vikings see below.

Here are some websites highlighting Vikings: