Goodbye to the "HRH" Prince Henry and Meghan

The Queen can't be amused and I have no doubt Princess Diana wouldn't be happy with her son. 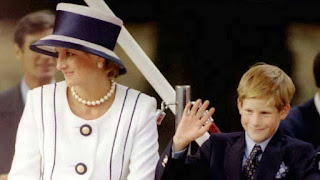 Harry, the Duke of Sussex (the soon-to-be former HRH Prince Henry of Windsor) and his wife, Meghan, the Duchess, have been granted their wish to break away from the Royal Family. Technically, they will have their titles for private use but neither will be allowed to use the titles in public as they will no longer be working members of the Royal family. They won't be allowed to represent the Queen and Harry must resign from his military appointments. They won't receive money from Public funds. The couple will be required to pay back the money spent on refurbishing Frogmore Cottage. The argument has already started on who (which country or person) will pay for the Sussexes' security.

It came out that Harry had been in discussion with the Queen, Prince Charles, and Prince William for some time about resigning from his duties. Since he was born a Prince, he will remain one but the other titles were granted to him upon his marriage to Meghan. Should he loose those (he is also the Baron of Kilkeel and the Earl of Dumbarton), the Monarch would need to give them back. When talks didn't move along quick enough, Harry and Meghan made the announcement before the negotiations were completed. 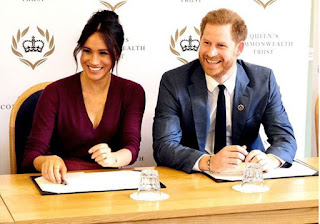 It makes one wonder if they had this planned all along? The Crown and Country paid for their wedding and the Country paid for Frogmore's upgrades. Maybe they were good after the wedding but I think this was in the works when the house was being renovated.

All of the changes don't go into effect until the Spring. No firm date was given, only "Spring of 2020" but that is vague. Meanwhile, our two junior "Senior Royals" will continue with their duties. Supposedly there have been a few "boos" at a couple of appearances. I imagine Harry and Meghan will have to get used to that. It is confusing. An actual date of change would be nice. Today you're a "HRH" ad tomorrow you're not. 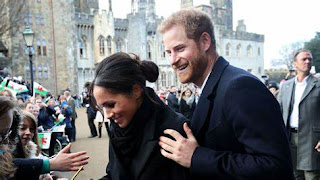 So how will Harry and Meghan earn a living? It has been rumored Meghan signed a contract with Disney to work in a capacity of voice-overs in return for charitable contributions. If she no longer has the HRH restrictions, Meghan could work for money. Harry could accept speaking engagements. Still, the two have made an agreement to keep up the standards & values of the Queen and Crown in their work. Her Royal Highness allegedly was not happy with her grandson and his wife. It is rumored that Harry's dad, Prince Charles was "livid" at the result. 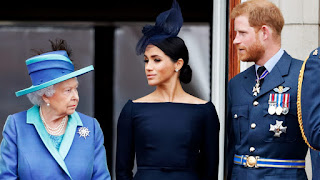 What exactly does that mean? Does the agreement spell out what the two can or can't do? It does mention a "review" to be held in a year by The Queen, Prince Charles, and Prince William. I do believe Harry and Meghan will have a surprise in store when they get hit by a tax bill. After all, as non-Royal working folks, they will be subject to Her Majesty's fiscal tax folks and the Prince has never had to worry about his expenses before. Who will end up the bread-winner in the Sussex family? 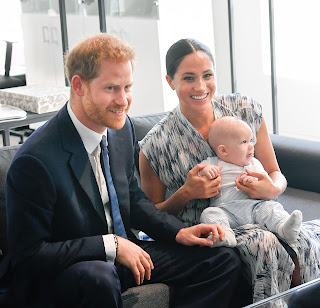 The big issue will be the cost of the Sussexes' security detachment. Will Charles continue to pay for his son and his wife? The Palace is keeping quiet on this topic, which is typical. Buckingham never comments on security. Public comment is mixed so far.

I hope it all works out for Harry & Meghan as there is no going back. Harry's great Uncle, David, learned that the hard way when he married Wallis Simpson.

To keep up with the historic information, check out the British sites below.

The Mirror:
https://www.mirror.co.uk/
Posted by Greycliffs Chronicles at Saturday, January 18, 2020